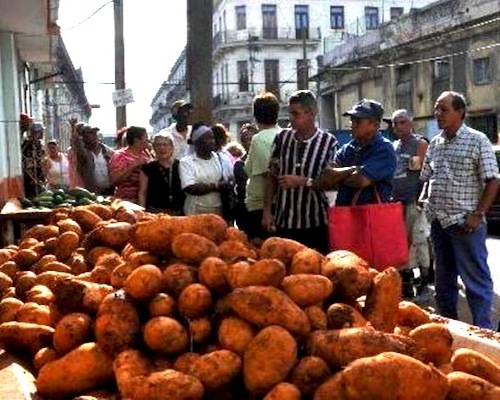 HAVANA, Cuba — Prices of agricultural products have increased between 15 and 25 percent in recent months. An unsustainable burden if we take into account the population’s salaries. The price increase coincides with new forms of marketing. It turns out that the mechanism for bringing producers and consumers closer and eliminating intermediaries set off prices.

It was obvious: An official research center decides to cast aside marketing analysis and concentrates on production.

Armando Nova Gonzalez, researcher for the Cuban Economic Studies Center, told the Tribuna de la Havana newspaper: The levels of production should have increased with the transfer of idle lands to lease-holders. But it has not been so because of how expensively the State sells tools and adequate inputs to the lease-holders in order to make the land produce, among other reasons.

Other forms of production — the Agricultural Production Cooperatives (CPA) and the Credit and Services Coooperatives (CSS) — also have seen their costs affected by the high prices that they pay for fuel, fertilizer, tires and parts for trucks and tractors.  All those provided by a single supplier — a certain state enterprise — which does not offer options to the producers. 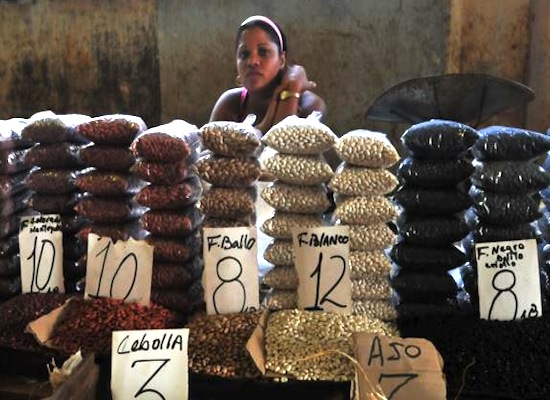 Nova concludes that those costs will not diminish — nor the retail prices — as long as there exists no market for inputs, where the producer may select what he needs, with the only limit being his ability to buy, through credits or personal savings.

In order to verify the prices, we decided to visit three farmers markets in the capital, each one with a different way of marketing. The Egido Market, of the offer-demand mode, exhibited the following prices (all per pound of product): black beans at 10 pesos, red beans at 15, yams at 2, tomato salad at 5, cucumbers at 4, malanga at 5 and chunky bananasat 10 pesos a bunch.

A point of sale in Calzada de Monte, leased to the CCS Juan Bruno Zayas, offered these prices: black beans at 12, red beans at 13, yams at 2, tomato salad at 7, cucumbers at 4, malanga at 5 and chunky bananasat 10 pesos a bunch.

In Arroyo, a non-agricultural cooperative, the black beans were at 12, there were no red, yams at 2, tomato salad at 5, there were no cucumbers, malanga at 4, and there were no chunky bananaseither.  It is clear, there are no significant variations in the prices among the different forms of marketing. Nova is right, the elevated costs of production determine the high sale prices to the public. But, his suggestion of an inputs market for the growers could meet the same fate as the wholesale market for the self-employed workers. . .  And the price of the potato will continue toward the heavens.