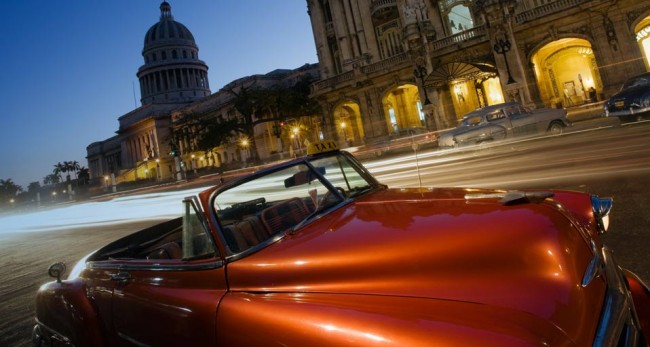 The children of certain heads of the nomenklatura have their own style. They wear designer clothes. Drink cognac or whiskey. They have their own cars. Internet at home. They’re fond of good food and spend nights dancing in the best discotheques in the city.

They have a passport to travel abroad. And in private they inhale more cocaine than a vacuum cleaner. They’re fans of lesbian pictures and sex with several girls. To obey form and follow in the footsteps of their parents, they study at military colleges.

They study either administration or marketing at prestigious schools abroad. Their double standard is exquisite. In front of strangers, they parrot the typical nationalistic and anti-American speech.

Among friends, they await the final outcome of the revolution to see which side wins. Until the moment arrives, their parents position them in good jobs.

When there is real change in Cuba, not the artificial one designed by the gurus in olive-green, Papa’s children will be the future managers of the companies, banks, hotels, golf courses or any other business that makes money in post-Castro Cuba.

Now they go about under cover. They waste fuel and spend hard currency on Havana nightlife. They live well and eat three hot meals a day. They dance salsa at night clubs like the Red Room of the Capri or the River Club, a discotheque in Miramar, a few meters from the Almendares River.

The always leave smiling, with a full wallet. They end the night in cafes that are a stone’s throw from the Malecón. Drinking Heineken beer and snorting a mixture of drugs in the back seat of their cars. They usually go to bed at the time that many people are going to work. They lunch on meats and seafood while they watch the latest world news on giant plasma-screen televisions.

Their parents are allowed to have satellite dishes and ADSL (high-speed Internet access). They are trustworthy revolutionaries. The cream of the socialist revolution. When the official discourse calls on simple Cubans to tighten their belts, these offspring, the sons of important men, sleep for ten hours, have central air conditioning in their homes and spend their weekends fishing on the old man’s yacht.

The good thing about being the son of a “big-shot” (leader) in Cuba is that they don’t have to worry about paparazzi or scandals in the tabloids. Their dirty laundry stays at home. Their parents have the power. They control the army, the communications media and production.

These young people have a free hand to lead a dissipated, easy life. And their parents? They prefer to look the other way.