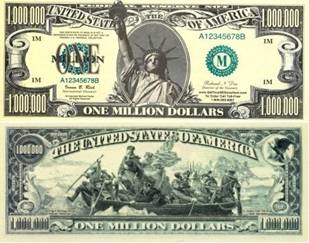 These days, the authorities boast of having renegotiated their debts to Mexico, Japan, China and other countries, which, convinced that it would be very difficult to collect them, have forgiven them in part on the one hand and extended settlement periods for the rest for ten, fifteen, twenty and more years. Take whatever you can get, no matter how little.

What they do not say is that these new deadlines further mortgage the country, and transfer the obligation to pay to our children, grandchildren and great-grandchildren, who have had nothing to do with the substantial credits received, wasted and squandered on absurd projects and guerrilla adventures in Latin America and Africa, instead of having been used responsibly for the country’s development.

I don’t know if Russia participated in these renegotiations; a great deal was owed them when they were part of the former Soviet Union. In any event, the debt continues to be huge, despite what has been forgiven by some countries.

The sad thing is that continues to grow, because the authorities, accustomed for over half a century to living off of others, continuing to request credits, and some countries, to secure the payment of what they are owed, even within a few years, conceded. They bet on the future, convinced that a once again democratic government will settle its debts.

Ignoring what’s been forgiven, what was delivered as grants and gifted, Cuba’s foreign debt, according to data from its creditors, has now reached forty billion dollars. And official number the Cuban authorities have never divulged, keeping it hidden under the cloak of their habitual secrecy.

As a curious element it’s worth noting that, when they took power in 1959, the debt was only seven hundred eighty-eight million dollars.