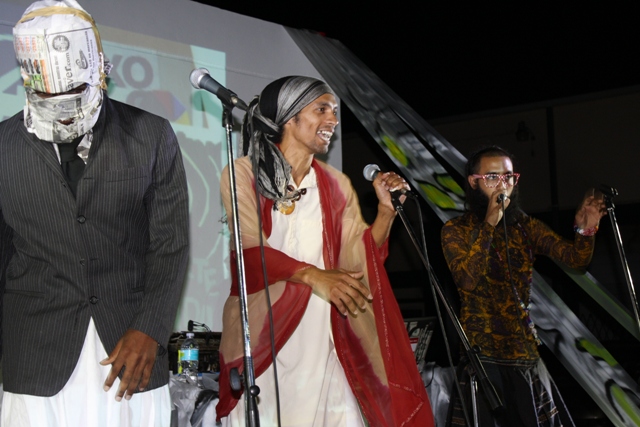 Amaury Pacheco del Monte, coordinator of the cultural project,OMNI-ZONA FRANCA, returned this Wednesday to Havana after an artistic tour that included several cities in the U.S.

Invited by the group of contemporary art, Pirate Love and Links Hall, the Center for Independent Dance and the Art of Performance, the alternative group shared its talent in festivals, concerts and universities, together with Cuban and North American artists. During their stay they were invited to local radio and television programs.

“We were on television shows and on the news on Channels 41, 51, and Radio Marti,” said Amaury, who confessed that “until this moment I didn’t understand the importance of a minute on television.”

“In the recording studios we felt at home, surrounded by Cubans almost the whole time, especially in Miami. But we also shared time with Cubans in New York, Washington, D.C., Chicago, and New Orleans. It was a fantastic experience. We were well received, and people accepted our art,” said Amaury.

One of the things that made the most impact on the leader of the project was the diversity in the U.S. “We met every type of person with different views. After this experience, today I feel changed,” he pointed out.

“I was surprised to meet Cubans who live there and their kids, who have never visited the island but have been brought up in the Cuban tradition, eating bread with guayaba. They feel they are Cuban, without being in Cuba,” he added, moved “by the separation that our people suffer.”

OMINI-ZONA FRANCA today constitutes the vanguard of alternative Cuban art. Its coordinator anticipated future projects “to continue working on Poetry without End, acknowledging ourselves through our artistic work and creating bridges among Cubans in every part of the world.”