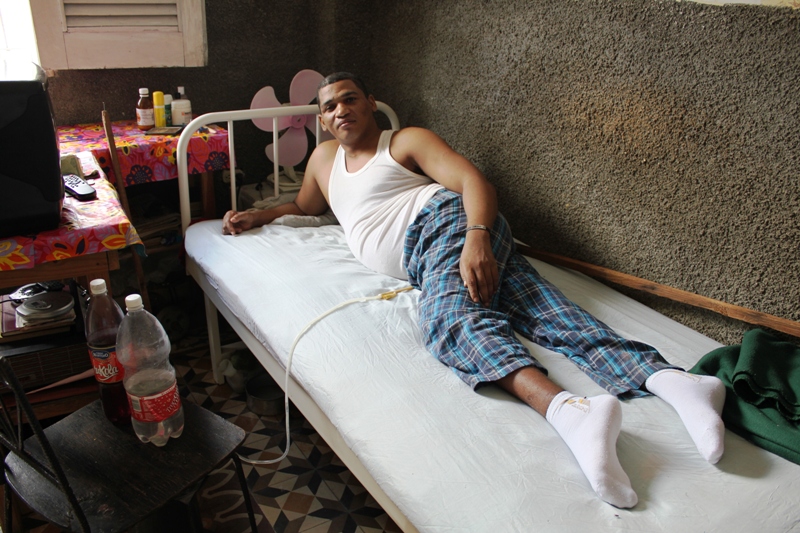 The fate of Alberto Lairot Castro changed on August 28, 2007, when he was just 28 years old. Two soldiers, Hector Luis Osorio and Frank Ochoa Pérez Angulo, applied a technique not allowed in the self-defense programs of the Ministry of the Interior. It caused irreversible consequences.

The young man was celebrating that day at the Calixto Garcia Baseball Stadium in his native Holguin. He had drunk some alcoholic beverages, but had no weapons and hadn’t bothered anyone. He had a confrontation with some police officers and was taken to the city jail for an alleged crime of resistance.

At the station, the policemen took Lairot Castro to the holding area. Alberto refused to enter the cell. His large size necessitatedaction by several guards. Second Lieutenant Frank grabbed him from behind and immobilized him with a “Double Nelson” hold. Hector, the captain, took him by the feet. Both placed the prisoner in the call. 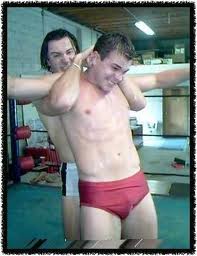 “I felt my neck snap. After a few minutes I started to scream because I didn’t feel my legs,” admitted Alberto, who had surgery immediately.

Medical terminology does not adequately convey the seriousness of the matter. It might be more understandable if I said that Alberto has a spinal cord injury and cannot move his legs. His muscles have atrophied. Immobilityhas predictably resulted in the appearance of bedsores.

The Military Prosecutor considered sufficient a sentence of 2 years in prison -conditionally suspended – as punishment for the police officersfor the crime of Serious Injury. At the hearing, doctors Jaime Oliveros and Frank Fernández concluded that the injury was caused by the use of the “Double Nelson” and the subsequent transfer to the jail cell.

But these statements were dismissed. The judges of the Military Court of Holguinnoted in their decision “the police applied the technique in a timely and professional manner.” They added that Lairot Castro caused his own injury bystruggling and resisting placement into the cell.

The defense attorneys invoked the innocence of the officers. They took refuge in the argument that “causing injury in the line of duty does not carry criminal responsibility.” That is the moment when any lawyer can be ashamed of their profession.

There was no shortage of praise for the accused. Referring to Perez Osorio the judges state “he fulfilled his duties as Deputy Chief of Police ofHolguín, has been a disciplined soldier, and is not violent.” As for Ochoa Angulo, “he enjoys prestige and authority, outstanding in the struggle against crime.” The opinion of the judges about Lairot Castro was different. “He was aggressive, well-known in the neighborhood for his physical strength, and wearing tight clothes to show off his muscles.”

The court acquitted the policemen. Nearly five years later, Alberto Lairot is still not well. His strength is deteriorating day after day, under the pained gaze of his mother, who remains with him in the hospital. His days as an athletic youth are past. But the deed remains unpunished.