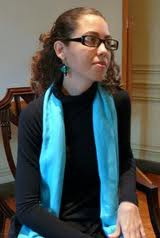 FOR weeks, Cuba has been preparing for this weekend’s huge military parade, the first of its kind in many years.

Fidel Castro has been musing in his regular column about the disaster in Japan and comparing NATO’s intervention in Libya to the Nazi involvement in the Spanish Civil War. Although he says nothing about the parade, everyone knows it’s coming.

Children have been practicing for a performance that will take place on the stage that is the Plaza de la Revolución. Yadira, the daughter of a friend of mine, has had to stay up late for several nights now to hone her marching skills. She will hold a cardboard pencil twice as tall as she is, and will be dressed up as one of the militia members who fought off the invaders during what Americans and Cuban émigrés call the Battle of the Bay of Pigs, which began 50 years ago Sunday.

Thousands of workers have been mobilized by the government to take part in the parade. Semi-retired soldiers have been called back up and outdated Russian armaments dusted off so they can be dragged through the streets. Airplanes are supposed to fly above.

I am sitting in my kitchen with my friend Adrian and my mother when we hear them whirring in the sky. “That’s a familiar sound,” says my mother. A half-century ago, she bore witness to the chain of events that the Cuban government is now trying to relive by retelling the story of a victory and the fulfillment of a national dream.

In Cuba, we do not call it the Bay of Pigs. Instead we call it the Battle of Playa Girón, after the beach where the main battle was fought. As always, there are two ways of talking about what happened: Mercenaries (or patriots), under orders from (with the support of) the C.I.A., attacked (tried to liberate) Cuba, at a place called Playa Girón (Bay of Pigs).

“We can’t even agree on the name of the place,” says Adrian, who is a historian. Or its geography. For some people, it’s a beach. For others, a bay. While people here celebrate the defeat of an imperialist’s mercenaries, in Miami the survivors of the 2506 Brigade reconvene to commemorate the day Cuban patriots fought against a tyrant in the name of democracy and freedom.

Between sips of hot coffee mixed with ground split peas, which is the cheapest drink you can buy on the streets here, Adrian talks about the contradictions of Cuban history, beginning with the revolutionaries who came with Fidel Castro on a yacht from Mexico in 1956 through the civil war that followed the departure of the dictator Fulgencio Batista. “Many people died during those 10 years,” he says. “We don’t know the real history of that period, because everyone wants to push their version of the story, hoping that theirs is the only one that gets told.”

We hear another plane and for a minute the three of us say nothing.

“What we call Playa Girón is just one area within the Bay of Pigs,” Adrian points out, smiling, as if it’s that simple. “See? It doesn’t seem so difficult. But we love to contaminate words, fill them with extraverbal connotations. We even do it with people’s names. Calling him Fidel is not the same as calling him Castro.” Fidel is a close friend and Castro is a distant enemy. “Ideologically those are two irreconcilable terms.”

“And of course” — I am thinking out loud — “nobody is willing to compromise. The creation of a Bay of Girón is, for the moment, highly unlikely.”

My mother turns on the television. On every channel, there are announcements for the official event:

“The second secretary of the Central Committee and president of the Councils of State and Ministers, Raúl Castro Ruz, during his closing speech at the sessions of the National Assembly of People’s Power, announced that the Communist Party of Cuba would soon be holding its Sixth Congress … to coincide with the 50th anniversary of the proclamation of the socialist nature of the Cuban Revolution and the Playa Girón victory.”

There will be many speeches in the Plaza de la Revolución this weekend, and I imagine in America as well. But when I look outside, the streets are quiet. Most Cubans are standing in the shade of front doors and building entrances, escaping the tropical sun and dehydration. They are selling toothpicks and homemade costume jewelry. They are taking advantage of the more liberal economic measures announced by Raúl Castro last year, which are intended to let more Cubans open small businesses.

When the pageantry is over, everyone knows that these liberal economic policies are what Congress, and the Cuban people, will really be talking about.