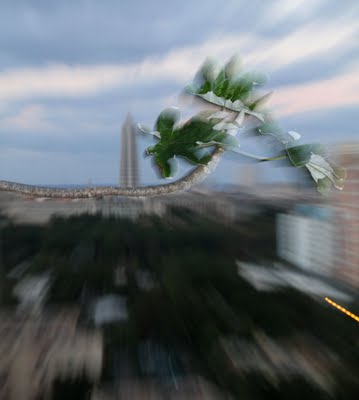 JENNY, I WILL WRITE YOU A LETTER EVERY DAY

“You will look death with indifference,” sand Polito Ibáñez long before looking at the death with indifference. Because they were the nineties in Cuba and death mowed down the truth, without metaphors or fibs or prosaic poetry of half-delusional half-depressed adolescents. Shitty deaths. Death by medial malpractice without indemnification (fear forces us to remain smilingly silent, accumulating mute molecules of anger for when we finally manage to exile ourselves).

Death by treachery. Death that doesn’t have the balls to say its name: faggot death in the closet of the Cuban queers of the bastard great-grandson of the New Man. Death exceeding all adjectives. Death without vital elan. Death that didn’t know how to live in its time. Death by atrocious accident, asocial. Death by shooting: rabble death according to the people, or legal murder according to a State where, according to Raul Castro in a mourning farewell, “He who lives by the sword, dies by the sword.” Historic hygienic death. Crazy and inconsiderate medieval death of an anchored people in their XIX century (lunatic anagram of the XXI Century which never arrived). Death death.

Death touches us so closely and then we look around astonished more than frightened. What happened? Why wasn’t it us who left? Why are we still awake here and now? How do we expect to leap over this wall of mediocrity and loudly taste words prohibited by the political police, all this arid voCUBAlary that coagulated in the consonant cords, all that bellicose argot that cripples the neurotic Eros of our generation? Who rules in our hearts that will suddenly stop. Wouldn’t death, then, be better than a liberation, more subtle than any subversion: the image of death as an ungovernable pulse,as inopportune as the elements…?

We are alone. We’re dead. Nobody will talk to us when we die. We didn’t deserve it. We failed to undress in the Plaza of the Revolution. The place panicked us. The Cuban flag shrouded us. Colors as punishment. Damned are the heroic suicides of the super-patriots. Blessed are the wicked seducers who offend in the shade of a sycamore and not in the socialist system rut of emulation or simulation. We are. We are not. And love? And the silly letters and songs of love among contemporaries? Is duty aesthetic or sterile? “Jenny,” says the fool on the hill who runs, Forrest, runs, while chewing the barbaric gumball that rolls the country down to the morgue of illusion, “I will write you a letter every day.”

I, too, will write you a letter, Jenny. Not every day, but in all my speeches, at the risk of resurrecting Silvio Rodriguez who has survived for more. I, too, could go crazy with the idea of not being tomorrow and not having heard all the laughter of the planet crystallized in your laugh. It is April, month of little pricks that must stand upright in the midst of our domestic tedium. It is a spring of colds and carrion. Everything rots much faster under the sun. I won’t shut up. I won’t be careful, I won’t beg even for one minute less of death. Come now. Jenny, we’re crazy and don’t know. Let me run, with every step a keystroke, with every mile a paragraph of these letters that don’t stop, that I put in you and they turn you around, because only with our guts hanging in the weary air, if there is time after time, to live.