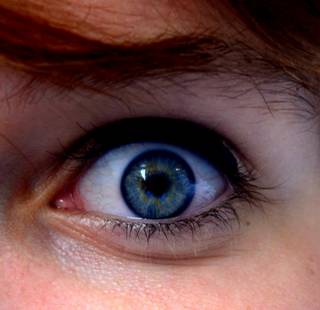 Once again this phrase, so often repeated for more than five decades now, came to my mind when I found out about another step backward, instigated by those who handed down this maxim like a precept at the dawn of the 1960s.

We now have another great setback, this time well into the 21st century and within the framework of the famous “Raul reforms.” Privately-run, home-based 3D cinemas have been closed and self-employed vendors of imported clothing have been given a deadline of December 31 to cease operations. All this has generated a lot of discontent, but that’s as far as it goes. All those affected are trying to figure out how to sell off part of their inventory and recuperate some of their sizable investments. This is especially true of 3D cinemas, which imported equipment and furniture, for the most part from Panama. Everyone is “racking his brains” but no one is going to confront the state, as it knows all too well.

It seems poor nutrition over many decades has adversely affected that part of people’s brains having to do with memory. They do not recall “Operation Bird on a Wire,” when craftspeople in Cathedral Square — from whom everyone bought, including government officials, because of the quality, originality and variety of the goods these artisans produced — were persecuted. Many ended up in prison while others went into exile in search of freedom and new opportunities. And so overnight a little marketplace — one that gave life to the city, supplied goods unavailable in state stores and provided a livelihood for many — simply vanished.

Later on, in the 1990s, came a new offensive — “Operation Potted Plant*” — that abolished the Free Farmers’ Market, which at the time was alleviating the problem of significant food shortages but whose suppliers the government accused of “illegal profiteering.” Many of these suppliers were arrested and had their assets confiscated, just as had happened years earlier to the artisans.

Let us also not forget that other great crusade at the end of the 1990s against the first paladares — home-based private restaurants which were limited to twelve seats — of which only the strongest or most “fortunate” were able to survive.

So we can see, the lack of memory of our citizens, or the desperate attempts to come out of the economic stagnation, has been what has made some take risks now and again, those “optimist” people who finally do not realize that is hard to “play capitalism”, inside a dictatorial regime with more than half of century installed in power.

Therefore, and so there are no mistakes, the government undertakes these types of “operations” cyclically so nobody forgets “who’s in charge”.  Only in a future free and democratic country, is where security will exist for those who want to start their own business.  Then, and only then, is when the private initiatives will flourish.  Perhaps in a future not too far off, we’ll give another connotation to that sadly known phrase of:  “never backwards, not even to gain momentum”, because evidently no one will want to repeat those mistakes.

*Translator’s note: In Cuban slang the term maceta, or potted plant, refers to someone with newly acquired wealth.