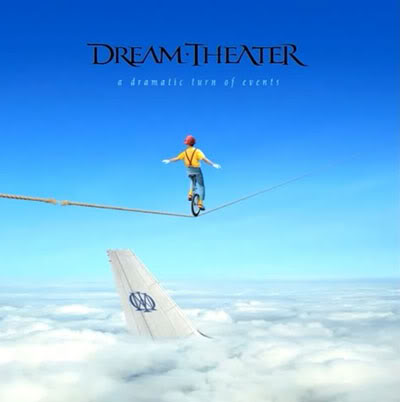 Text appeared in Diario de Cuba in the section “Lo mejor de tu año” (The Year’s Best) under the question: “Which book, film, or musical recording did you enjoy the most this year?”

Porno for Ricardo is an uninhibited punk rock band that tries to do its thing from Cuba.Â  I like them a lot, but I don’t like punk.Â  My tastes tend towards progressive music, which is why I am going to try to convince you to listen to Dream Theatre, a band that doesn’t get a lot of recognition but is highly familiar to those “in the know” – a group to which I do not profess to belong.Â  However, thanks to my son, these talented musicians entered my life; it is a rare day that I don’t listen and discover something I had missed before.

Right now, I’m enjoying A Dramatic Turn of Events, a title that alludes undoubtedly to the departure of the band’s leader and founding drummer, an exit that was cloaked in all kinds of speculation about the future of DT.Â  Now, with this record, I imagine that fans of the band will be divided, both for and against.Â  I really like this record, which is a perhaps a bit less earth-shaking than others, but the ballads are amongst the group’s best, and the second last cut, the monumental Breaking All Illusions, is a roller-coaster of a song that is twelve minutes in length, with occasional plateaus so that one can catch one’s breath (their songs are long: my favourite, Six Degrees of Inner Turbulence, from the record of the same name, is 42 minutes long).Â  Beneath the Surface surprises the listener while bringing heartrates back to normal with a lovely acoustic theme.

I completely recommend this album, with the additional recommendation to not pass judgement after hearing it for the first time.Â  The third time around, pour yourself a favourite drink, and you’ll double your pleasure.