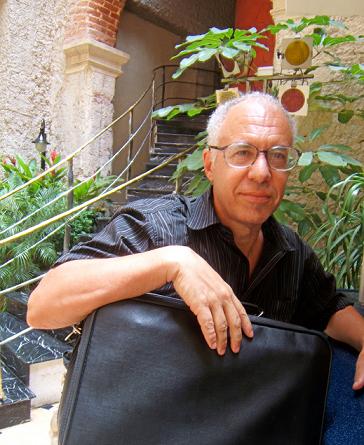 Three years ago, I was put in a Cuban detention center for 8 days, in the tourist prison behind the place where tourists renew their visas, at the corner of Factor y Final, in Havana. I have renewed many visas there, and I never knew that this complex also includes a prison until I was imprisoned myself.

My crime was wanting to know what happened to the very valuable anesthesiology machines that we donated to the William Soler Clinic in Havana.  At first, they told me that the machines had not been accepted, and in a normal way, I went from one office to another trying to find out what happened to them. I went to MINVEC, (The Ministry of Foreign Investment) MINSAP, (Ministry of Public Health), ICAP( Institute of Friendship with the Peoples), and other organizations and Ministries, until perhaps for asking too many questions, I was detained.  I say detained because that is what they told me, but where there are bars and cells, I prefer to say “imprisoned.”

After that, after being freed, the person in charge of receiving donations from North America, Raciel Proenza said that I was a trouble maker and that he would ensure that I would never again be permitted to enter Cuba. It seemed like a threat, but when I tried to return to the island, it turned out to be true. I had to sleep on the floor of the Jose Marti airport in Havana, and I was forced to return to the United States the next day.  At least that was much better than returning to jail!

Think about it. Lots of people work in Cuba for political reasons; but in my case my reason was entirely humanitarian, and for the real love that connects me to many Cubans. I thought that I could be useful, and in retrospect, not having any political motivation was a little unusual. I started off with a few boxes of Tylenol, because many Cubans told me how difficult it was to obtain medicines. I remember that in 1997, I purchased ten huge sacks that could carry 120 pounds of medicine, which I thought was a huge amount.  But a year after that I was sending the first container of dental chairs and hospital beds.  All with the collaboration of the  people at the General Hospital of Santiago de Cuba. One thing leads to the next and I created a non-profit, Caribbean Medical Transport, and over the next 10 years I sent about 20 containers of medical equipment to Cuba, each container 40 feet long, with about 20,000 pounds of donations inside, usually partnering with other non-profits. I know many of the people who send humanitarian aid to Cuba and I am happy to work with them.

The second and third containers were loaded with 7,200 gallons of paint that we received from a recycling plant in Oregon. That was something wonderful! The paint was for hospitals.

From the beginning I saw the enormous difference between working with people in Santiago de Cuba — the hospital directors, the municipal and provincial officials of the Ministry of Health — and the bureaucrats in Havana.

I remember meeting with the director of donations of the Ministry of Health in Havana, concerning the paint.  He wanted all the paint to go to Havana. My point was that Havana is about 20% of the population and receives more than 90% of the donations that come to the country.  But in the end, we agreed to send 3,600 gallons to Havana and 3,600 to Santiago.

This is what happened. In Santiago, everyone was honest.  They told me that unfortunately, 3 five gallon drums had broken in transit, so 15 gallons of paint were lost. We had a great partnership, honest, and respectful. But in Havana, everything was different. For a year, no one would tell me what happened to the paint.

The donors wanted to travel to Cuba to see the hospitals that they had painted, which is normal and logical. I spoke to MINSAP, ICAP, all the people I worked with in Havana, and I explained, “These are donors! If they have a good experience they will want to donate more paint, so please, tell me which building got painted and let‘s arrange a nice tour for the donors.”  I was told that the donors would not be permitted to visit the hospitals unless they got a special visa of collaboration and there wasn’t any time for that. I could give more examples of bureacratic incompetence and laziness.

In 2006 we sent two anesthesiology machines to the William Soler Clinic. These machines are worth about $40,000 each, but they are worth much more than that in human lives. It was a favor to Wayne Smith, who obtained these machines from Johns Hopkins University.  Everything was done with the necessary license from the Commerce Department of the United States. A year later the problems began: I got an email from MINVEC, with the headline in capitals, DENIED. The donation of anesthesilogy  machines has been denied entry into the country for lack of completing the proper procedures. I wrote back immediately, stating that all the procedures were completed by Wayne Smith and the directors of the William Soler Clinic, and that all I had done was write the necessary permit so the machines could leave the US.

Not very happy, I went to Havana, to see if I could find them; if these machines are not permitted to enter Cuba, they should be brought to the Dominican Republic or any other country that needed them.  I was told that this was impossible and that the machines had been burned.

Of course that is a big lie. Nobody in this world burns anesthesiology machines. These machines were not mine.  There are standards of transparency and accountability in the world of humanitarian donations that Cuba, apparently, does not respect. I needed to know and give an account of what had happened, in order not to create fantasies. This was not the first time that things had disappeared in Cuba. It was my obligation to investigate, with the sole purpose of helping the people of Cuba, I could not ignore those international standards of conduct. And for that, I was threatened, then imprisoned, and finally, prohibited from returning to Cuba.

A few months ago I received a new license from the United States Department of Commerce. I am allowed to send any type of medical equipment, medicine, hospital supplies, food, clothing, sporting equipment, pots and pans and household items, millions of dollars of supplies and donations.  But MINVEC has told me that they will not permit me to send anything, and has told some partners of mine in Europe that no NGO is permitted to work with me, even though I can find the supplies and even find the money to pay the shipping.

And so, I ask myself, where is the blockade? 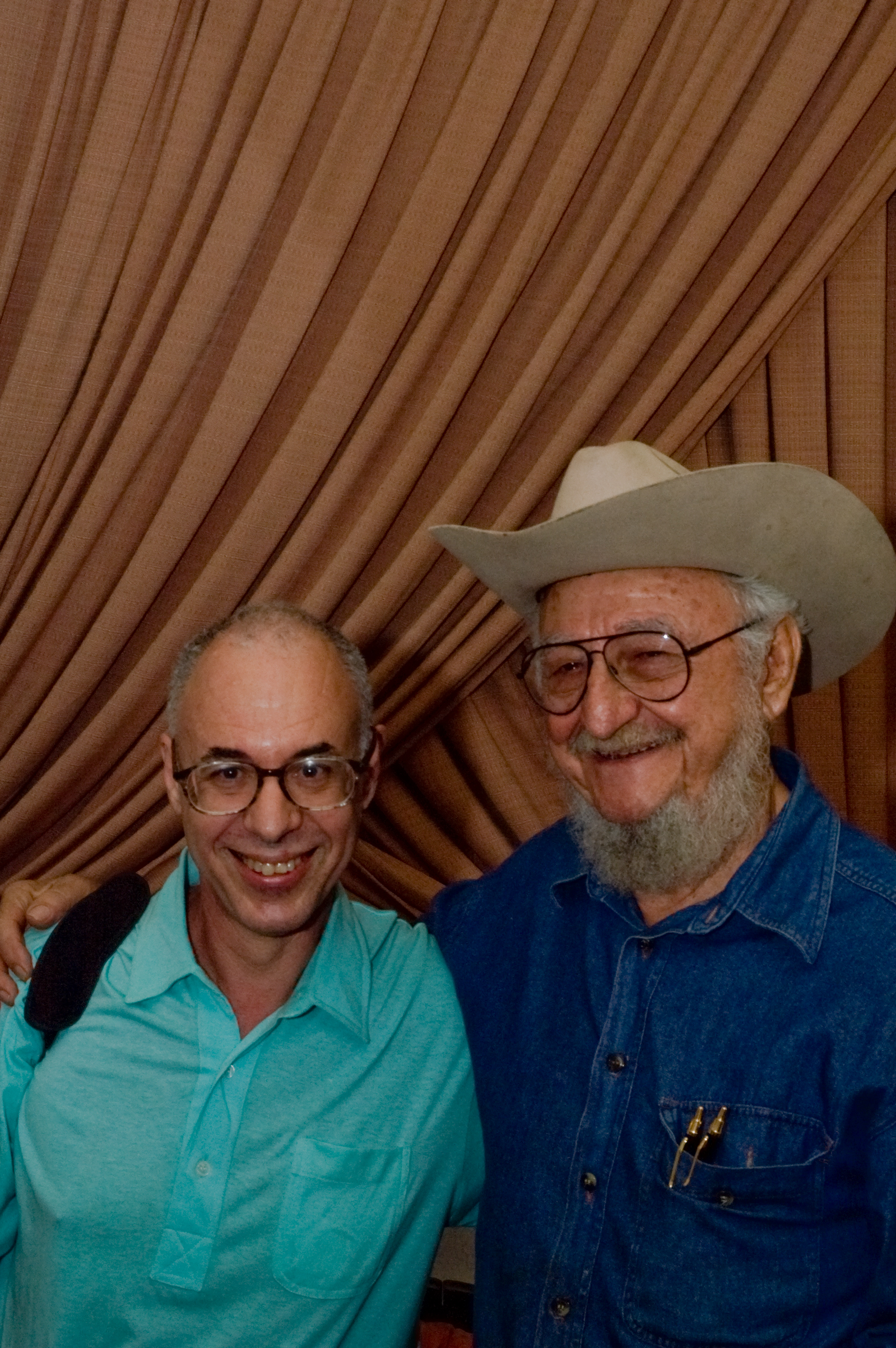 I can tell other stories about the apathy and incompetence and corruption of the system. For questioning the system and insisting on the necessary accountability, I became Rick, ” the bad guy.” Unfortunately in Cuba, for some people, there are things that are more important than receiving medical equipment donated to meet the needs of the Cuban people.

I know many people who have had similar experiences: architects, health providers, city planners, sister city groups, journalists.  The sad thing is that most of my colleagues are afraid to talk about the bureaucracy and the corruption, because they know that if they talk, their projects will be terminated.

We Americans live in an open society where we can criticize everyone who deserves criticism. But the sad truth is that instead of exporting our openness and honesty over to Cuba, we import the fear of those in Cuba back to the United States, fear of telling the truth, and we join in the complicity of silence. I am talking because I prefer to leave without fear, even if it brings more punishment. I prefer to cry for what I have lost, but not for cowardice.

Like I said, my name is Rick Schwag, of Caribbean Medical Transport, and I live in Vermont.  I have many friends in Cuba, including many people in the municipal governments, where some officials do care about the people that they are supposed to serve. They are my friends, but they have to keep quiet.  I am still the director of Caribbean Medical Transport, and I continue to send donated medical equipment to Nicaragua, Honduras, Colombia, Brazil and other places where our work is appreciated.

I would love to continue to help Cubans also. My heart and soul are in Santiago de Cuba.