The literature of Mario Vargas Llosa has prompted several key turning points in my life. The first was 17 years ago, in a summer of blackouts and economic crisis. Under the pretext of borrowing “The War of the End of the World,” I approached a journalist expelled from his profession for ideological problems, with whom I still share my days. I keep that copy with its yellowed cover and detached pages, because through it dozens of readers have discovered this Peruvian author censored in the official bookstores.

Then came university, and while preparing my thesis on the literature of the dictatorship in Latin America his novel “The Feast of the Goat” appeared. The inclusion in my analysis of that text about Trujillo did not sit well with the panel evaluating me. Nor did they like that among the characteristics of American caudillos, I highlighted exactly those also flaunted by “our” Maximum Leader. Thus, for the second time, a book by the now Nobel Prize winner in Literature marked my existence because it made me realize the frustration of being a philologist in Cuba. Why do I need a title, I told myself, that announces I am a specialist in language and words, when I can’t even freely unite phrases.

So Vargas Llosa and his literature are responsible, in a direct and “premeditated” way, for much of what I am today: from my matrimonial happiness and my aversion to totalitarianism, to my having reneged on philology and turned to journalism.

I am prepared now, because I fear the next time one of his books falls into my hands its effect will last another 17 years, or once again slam the door on a profession. 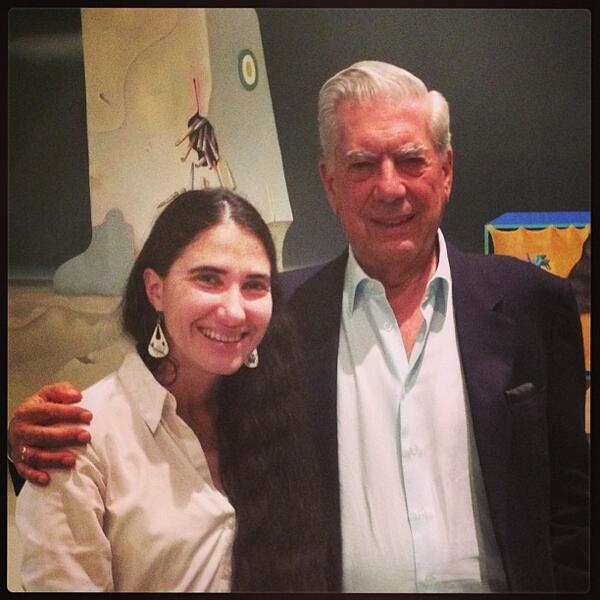