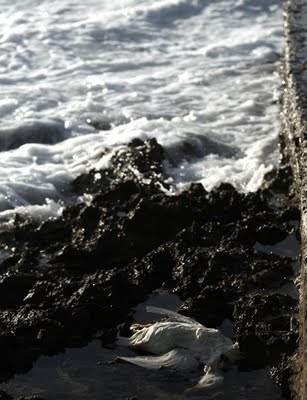 In May I always remember the death of José Martí (I forgot it on a test in elementary school and, since then, I never forgot it).

I don’t sympathize with this character at all. Christs always terrified me. But at the same time fascinated me. They are ipso facto ethical sources (only the ethics is inexorably violence against others). Their destinies are tragic by definition. And it makes me imagine them with compassion (I know guys like that among my ex-friends). Then, to top it off, all gospels will be vulgarized to the point of ridicule by the surviving manipulators and the manipulators yet to come. This make some of the failures greater in the reach of their immortality. And in the Cuban case, Martí would be a kind of a superclimax in this respect.

Every time I dream about the missing pages of his campaign diary, perhaps his most sincere writing (not to say the only sincere, free at last of his brilliant demagoguery and of those lapidary sentences although tinged with the gift of despotic democracy).

At the same time and date that I am writing these lines, Marti would be writing other curses in the morning of May 6, 1895. Some lines and drawings or listed or testament of imminent suicide or mea culpa or who could guess what. Lines about the worst Maceo or Gomex or Marti. Intolerable lines that died out from the same cradle as the idyllic idea of the Revolution. Lines walking barefoot (without the Levite of laborious exile, and the most free, and also spiritual and fornicator), complaint of dead man walking.

That Marti, of course, would also be betrayed by the hypocritical men immediately around him. These leaves from the diary were plucked as soon as Martí died. It would seem that the same hand that slanted his most sacred intimacy, may well be the one that earlier pushed him into the bullets, perhaps it got off the first shot in the middle of the least important skirmish of all the so-called wars of liberation.

I’m not accusing anyone. I prefer the non-existent theory of an existential conspiracy. Let’s say that meteorological relations between the mulatazgo Cuban-in-chief were not the best with that big mouth white boy. History is based on myth, not truth. Martí was much more than that: a mystic and a spiritual counterfeiter. A poet greater than any mess of a fatherland. And it was unforgivable that in a fit of flat realism, our evangelist par excellence dotted the i and crossed the t in the word dictator, for example.

Any Cuban with half a brain (and only half a brain, like most of the generals who won the war: Martí had too much on the ball) he was acting like a thief, ripping and probably burning the unfortunate personal pages (the first not published of the Apostle). This mutilation was a foundational collective lynching against future emissions of national truth. This lie makes us better than any Article One. That lack made ​​us accomplices as collateral to generate a new social consensus, be it Republican or revolutionary.

From time to time I dream about those pages perpetrated by José Martí. The most startling is that in my dreams I can always read them, blurred by the effort to decipher the little letters. Then I swear to remember them even if in sections, because it’s already happened that when I wake up I don’t remember even one syllable. But it is an impossibility. I awake from thirsty and gasping.

That instant amnesia is a kind of curse that persuades me that I was actually reading cannibalized pages. My recurring dream is actually an original vision of Martí. And in each dream I am more convinced that if one of these mornings, if I have to sell my soul to the devil, I will overcome the amnesic curse and upon waking transcribe this writing from May 6, then in my hands will be the original disaster of the same concept of Revolution.

I suspect the deadly miracle will be in May, at dawn with the first rain of the month. Like right now in Havana.