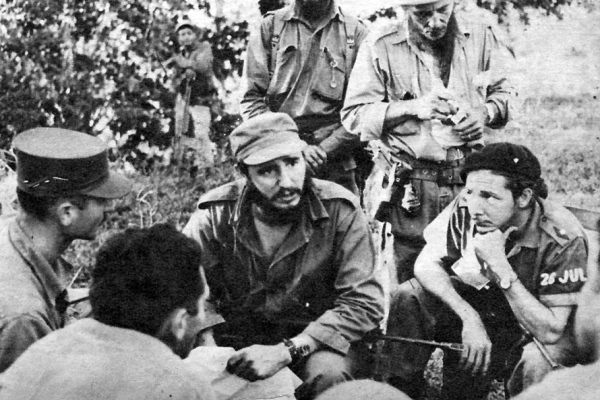 Havana, Cuba – Because of the many lies and deceptions in Fidel Castro’s history, new generations of Cubans have great doubts about everything that happened since 1952.

Celia Sánchez was one of the key figures of the Revolution. She died in 1980. Her 21 years as personal secretary to Fidel Castro were devoted mainly to gathering “every last scrap of paper,” as she put it, in order to recover the history of that time, as it actually happened. On May 4, 1964, she founded the Office of Historical Affairs of the Council of State. They include, I suppose, the documents recording all the times that Fidel Castro swore up and down that he was not a communist.

A few days ago, on the 50th anniversary of the creation of that Office, Dr. Eugenio Suárez Pérez, its director, told the newspaper Granma that Celia‘s objective was to safeguard the historical memory of the Revolution, from the Sierra Maestra to its eventual triumph, and that they had currently collected more than 56,000 background documents and more than 159,000 photographs.

If we could ask why Celia—“the advocate of the truth above all else” who “reviewed and classified the archives and processed the texts personally”—allowed the repetition in the national press for decades of the glaring and absurd lie that 20 thousand people had been martyred in the war against Batista, a lie created in the magazine Bohemia by Enriquito de la Osa, no one could answer, because they have never been able to produce a list of names of those alleged martyrs.

This lie has been told more than once within the United Nations by Bruno Rodríguez Parrilla, Minister for Foreign Affairs. On March 3, 2010, he said:“The military dictatorships in Latin America, imposed and sustained by the United States for decades, have killed 400,000 people. In Cuba alone they caused 20,000 deaths.” And on October 26 the following year, also at the UN: “Cuba made the great change in 1959 at a cost of 20 thousand lives, swept away by the dictatorship of Batista, the henchman of the United States.” 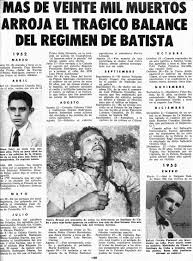 The “Heroine of the Sierra” also mutely accepted that the amnesty granted to the prisoners who had attacked the Moncada Barracks was the result of pressure from the masses, when she well knew that the masses had remained outside the fray, and had not even participated in the general strikes Fidel had called for from the Sierra. Journalists in the employ of the regime and senior officials have lied about this.

Esteban Lazo, President of the National Assembly of People’s Power, on the 45th anniversary of that invented feat, exclaimed before hundreds of Havana residents in the Vedado park at 23rd and 30th, that “it represented an extraordinary example of the people achieving victory.” And Ciro Bianchi: “The people backed the Batista dictatorship into a corner, because of their demand the bars of the cells were broken.”

Even today the national press, completely in the hands of the government, shamefully attempts to manipulate the people with political demagoguery, which few believe. They repeat like parrots that the people approved the hundreds of firing-squad executions, just because a fraction of those masses of people, taken by surprise at a rally on January 21, 1959, was bedazzled in the face of the  obsessive-compulsive personality of the guerrilla leader.

For the same reason, Cubans today are forced to accept socialism, just because a bunch of overheated militia, assembled by Fidel Castro, cheered for him on the afternoon of April 15, 1961. That was the maximum leader’s style. He had done the same thing with those men who, in the summer of 1953, had no idea why they had come to Santiago de Cuba, hours before the attack on the Moncada Barracks.