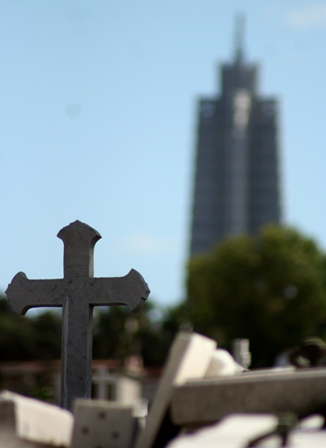 I spoke with Agustin’s sister. She doesn’t know yet where they have been taken. The detainees right to a telephone call was not honored by the Cuban authorities. We know that they took them: the political police, because Augustin was sleeping in his sister’s house.

The State, on this visit of the Pope, has boasted of its power to cause unhappiness to those who are not soldiers, nor do I believe the soldiers are very happy. They are terrified of the “people,” of the citizens, because the name “people” — pueblo — is the one they have given them.

The police don’t think, if they can’t convince you, intimidate you, try to conquer you as if there were no natural ethics, innate to human being, that prohibit their behaving as they do. Someone, we can guess who its been, has given the order to kidnap, detain, imprison, while the Successor to Peter is in Cuba. We all wanted to leave. The Pope washed his hands of it, it’s enough to proclaim the Gospel, to give a sermon that works for everyone.

And I remember that Christ in the Gospels, independent of speaking of salvation for the whole world, judges, discriminates, constantly signals. So much pain, anger, have made me resort to Teresa de Avila once again, Trying to make sense of it all.

The Pope has proclaimed the Gospel of Freedom in a Plaza lying. It was another May Day, except for the few orthodox Catholic laity of this society, and the nuns and priests. I know that the Gospel is the power of God, but my friends are in prison and I do not know what to do. And all this has happened in the morning prior to the appearance of Benedict XVI at the Plaza, so I am reminded of St. Bartholomew. What the men say can’t impress me, not the Pope, nor F. Castro in his Reflections: they are wolves in sheep’s clothing to deceive those who have no sign, no judgment, no ethics.