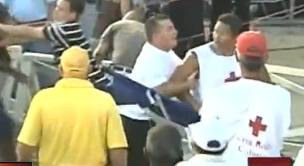 The official discourse has “educated” citizens in the pathological character of independent thought, especially the ideological. For half a century Cubans have received a message on the subject, full of platitudes, generalizations and situations out of context, and a butchered teaching of History. It seems more healthy (remember I spoke of disease) to avoid contact with harmful influences. The spaces of otherness are open, but shadowed with malice; the official spaces, on the other hand, have lists, solapines, the right of admission.

How can we reverse the social damage that is perceived in any interactive forum (I use this example to be the space in which people manifest more freely in all directions, which does not happen in real spaces), on reading comments full of intransigence before an expression that doesn’t “jive” with certain ways of thinking? Extreme and hateful in Cubadebate, but in other sites of the opposite persuasion as well. Why is our primary reaction to scream, slap, discredit, insult?

The biological laws will bring the renewal of the government, and here there will always be a commentator will do the accounts. These accounts, will bring out the history, not the justice, and it’s good that it should be so, to cut the spiral of hate and resentment they’ve instilled in us. When that happens, we need a culture of dialogue, where the parties to determine who their voices will be; because there is also a tendency of power to choose its potential dialogue partners. To decriminalize differences of opinion becomes a matter of urgency, and if a call for everyone who prefers to be remembered as a patriot rather than a politician.

Postscript: I had an archive on the Pope’s visit; information I gathered planning to do a piece on it. I decided to erase it. (The archive, the piece, I did not start it.)