In 2003, the excessive sentences which he and his brother, Luis Enrique, were condemned to served was shocking news among the youth of the time. Shortly after being arrested, one could already sense his bravery in confronting the regime and not remaining silent before so many injustices. He carried out various hunger strikes and headed civic protests which forced the prison authorities to give in to some of his demands. In one case he protested against the restriction of telephone access in the Combinado Prison of Guantanamo. This protest was recorded and heard throughout various radio stations heard by Cubans.

In the year 2006 he was awarded the “Carlos Manuel de Cespedes Dignity Prize”. This award is handed out each year by the Eastern Democratic Alliance to a local political prisoner. I heard Guillermo Llanos Ricardo and Juan Carlos Gonzalez Leyva refer to this “lion” with much devotion. His decision to demand 25 minutes on the phone weekly so that he could use it “for whatever he felt like”, and according to what he told me, he made the police guards who kept an eye on him to accept him as the journalist he is, even if he was in jail, and he kept reporting to the rest of the world.

A few days ago, I was able to interview him at his home in Palmarito de Cauto, a small neighborhood lost at the edge of an old road which leads to Palma Soriano in Santiago de Cuba province. When I arrived, I noticed some vigilant faces casually standing around the area. He was only “half-freed”, for the document which authorized his release from prison states that his sentence expires in 2028. Jose Daniel Ferrer really worries the political police in that province, and his refusal to accept exile kept him as one of the last ones behind the bars to be released.

Here’s one of the questions he replied to for me in an interview which has already been published by “Diario de Cuba”:

You have returned from hell, you bring the chronicles of horror. What can you tell us?

“I went through various prisons. What shocked me the most when I got to Pinar del Rio was that the common prisoners carried the scars from prison on their faces and bodies. The torture methods most used are those known as “The Little Chair” and “The Shakira”, both of which have been described so many times before. After being in Aguadores, in Santiago de Cuba, I heard of cases where prisoners had their feet and hands cuffed for up to three days. While they are being kept in these positions, they have no other option but to urinate and defecate on themselves. Over there in Kilo 5 1/2 Prison of Pinar del Rio they even went to the extreme of shoving dirty clothes into the mouths of those being tortured so that we political prisoners would not hear the screams and report such horrific acts.

On July 29, 2007, in Kilo 8 Prison of Camaguey, the jailers assassinated three prisoners after savagely beating them because they had gotten into a fight with another prisoner. They announced that the victim was already dying, but instead of tending to his wounds they handed out knives and began to attack those who committed the crime. There were more than 40 guards in a matter of 3 or 4 minutes and they all unleashed their anger using sticks and iron bars against these three men. Two of them died instantly — one of them was beaten so hard that pieces of his brain filled the hallway. As far as I have understood, the only one who survived was left completely insane. Those killed were Amaury Medina Puig, 25 years of age, and Carlos Rafael Labrada Oses, who was also very young. And what happened to the police guards? They got away with all of it thanks to the complicity of the authorities. They ended up accusing the only survivor of causing the fight, stating that any deaths were the sole products of that quarrel. 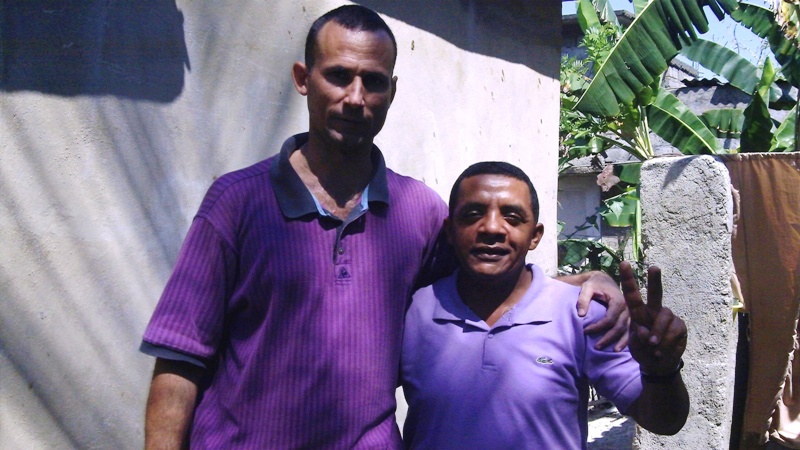 In Pinar del Rio, one prisoner threw his own excrement at one of the penitentiary chiefs, and as punishment, the latter sent the prisoner to the cell of his worst enemy. The corpulent man who was kept in that cell saw this incoming prisoner as a prize and he quickly began to beat him. He also raped him, ate his food, and ended up killing him and buried him under sheets until his stench became unbearable for the other prisoners. The guards made all prisoners evacuate the cell, but in the end nothing happened. Cases such as this one can be found in the dozens and dozens. I have a heavily detailed written report, and will find time to denounce it”.