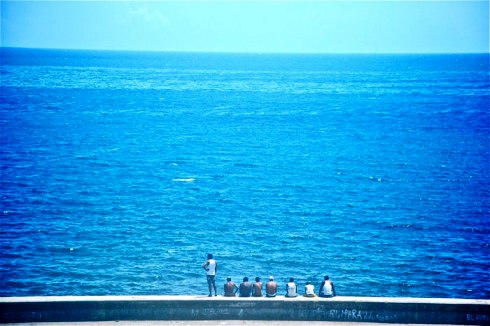 The first group of 8 young people came on a Tuesday morning. The second of four boys (I don’t think any were as much as 30 years old) came last Friday. Neither group knew of the other nor did they know their members.

All claimed to have come to me because they committed the same and only crime: leaving the country illegally.

The Captain of the Port of Havana, in two resolutions signed both by Lieutenant Colonel Jorge Luis Aluija, spoke of another distinct offense, violation of Decree-Law No. 194 of 1999 refers to Infractions with regards to the taking and operation of vessels in the country.

In these resolutions Chapter 1, which applied to all of them, is key; it reads:

To enter or leave the port or navigate territorial waters without the necessary clearance permit from the Captain of Port.

In these Resolutions of the Captaincy are a number of details that deserved our attention, among which we note the following:

It is not my intention at this point to dwell on these points I leave it to the specialists of the relevant branch of the Cuban Law Association.

The point I want to touch on is this: while talking to these boys and seeing their determination to leave the country by any means possible, I asked this question I now pass on to those who should have the responsibility to answer:

Is the way to stop this situation among Cuban youth imposing huge fines or other punishments?

Is that how we should respond to the desire of our youth to have a decent future, to decide their own destinies?

The television program The Triangle of Trust addressed, this week, the issue of apathy among youth.

I very much liked what I saw and heard in this program.

They said that the apathy is due, among other things, to the fact that our youth do not participate in decision-making, they feel that everything is imposed from above, and they are not taken into account at all.

And as I watched the program I thought of something that made me smile:

The crime of “Offense Against Youth” does not exist … but it should.