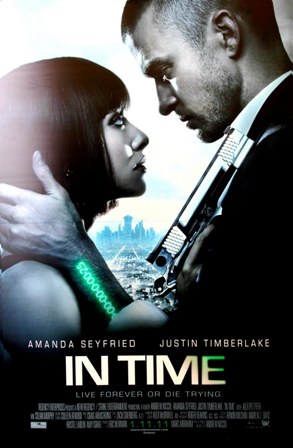 Last Saturday they showed the film In time on television, a science fiction movie without aliens and intergalactic warfare: in the future, genetically modified human beings will not use money as a measure of value, they will use time.

In our national movie, the current government bought time by releasing cell phones, by selling computers, by receiving Cuban nationals as guests in hotels. When the effect of such easings dissipated, the discussion of the Guidelines raised the numbers; as they dwindled, the bonsai flexibilization of self-employment appeared, which has kept us so occupied. The time account has grown somewhat by approving loans and grants for housing construction. The tour of the Virgin, the Pope’s visit, and the amnesty that preceded it, have rapidly spun the numbers into the black. Immigration reform remains the ace in the hole for that time when the numbers start blinking red.

So this way, buying time, is how our leaders think to end their days in power. But the movie is not only about the desire to earn hours and minutes. The protagonists, a mixture of Bonnie and Clyde with Robin Hood, rob banks and give away time, so that the precious commodity is no longer manipulated.

Do not read this as an incitement to anything. Seeing the movie, which I liked at lot, I could not avoid the allegory.