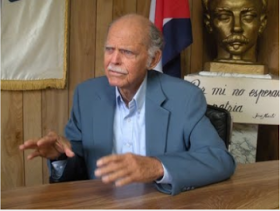 Huber Matos died on the morning of 27 February in Miami. On the 25th he was admitted to Kendall Regional Hospital where he was diagnosed with a massive heart attack. On the 26th he asked that they withdraw his respirator because he wanted to say goodbye to his wife María Luisa Araluce and to his children and grandchildren. During the day he received calls from Cuba and the main leaders of his party, the Independent and Democratic Cuba (CID) movement, who assured him the organization would not rest until the island is free. 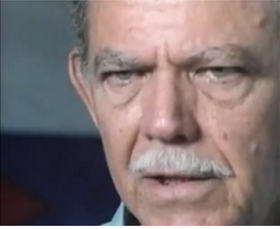 Huber Matos Benítez was born in Yara, Cuba, on 26 November 1918. He was a schoolteacher turned Revolutionary from his opposition to the dictatorship of Fulgencio Batista. In 1957, during one of the rebels’ logistical support operations, Matos was captured by Batista’s army in the Sierra Maestra area, but he was able to escape and go into exile in Costa Rica.

There, with the support of president José Figueres, he raised arms with which he landed in a cargo plane in the Sierra Maestra. These arms were decisive for the triumph of the small and poorly equipped Rebel Army against the offensive launched by Batista in 1958. For his courage and leadership in the guerrilla struggle, Matos was the rebel who rose most quickly to commander, as head of the Antonio Guiteras Column 9.

The frequent battles and triumphs of this column converted Huber Matos and his men into a legend. Column 9 was in charge of the siege, surrender and taking of the city of Santiago, a deciding action in the final victory of the revolutionary movement. Photographs of Fidel Castro’s triumphant entry into Havana show Huber Matos and Camilo Cienfuegos at his side.

In 1959 Matos was named Army Commander in Camagüey province. After having discussed several times with Fidel Castro the growing alignment of the process with Communism, he renounced it, stating that this constituted a betrayal of the democratic principles of the Revolution as they had been promised to the Cuban people. In response, Castro ordered his arrest on 21 October 1959.

A week after his detention Camilo Cienfuegos, who shared Matos’ concern, mysteriously disappeared with his plane and pilot and they were never found.

During the summary trial for sedition in December 1959, Matos insisted on denouncing the deviation from the objective of the Revolutionary Movement for which he and so many others had risked their lives. He was sentenced to twenty years in prison, which he served in rebellion until the last day in 1979.

When he left prison, a representative of the Costa Rican government traveled to Cuba to accompany him on his trip to Costa Rica, where a large group of Cubans met him at the airport, along with the president Rodrigo Carazo, José Figueres and Oscar Arias.

From exile, he worked tenaciously to denounce the Castro regime. This led him to found, in 1980 in Caracas, Venezuela, the Independent and Democratic Cuba movement (CID), which today has a large membership organized in delegations throughout the entire island. Members of the CID are frequently harassed, imprisoned, and at times tortured by the Cuban authorities. 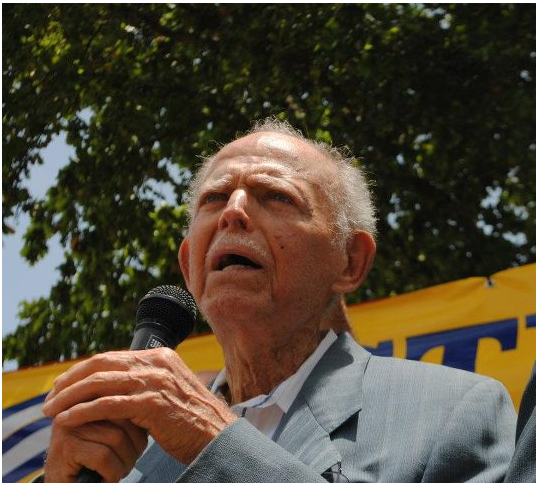 In his autobiographical book “How the Night Came,” which has sold more than 100,000 copies and which circulates clandestinely in Cuba, Matos relates the details of his participation in the Revolutionary army and his subsequent imprisonment, in which he was subjected to every kind of torture.

As Secretary General of the CID, from his base in Miami, Florida, Huber Matos engaged in intense activity reporting and campaigning in the United States, Latin America and Europe. In 2002 his social-democratic party published the Project of the New Republic, which has five key programmatic fundamentals:

In addition, in 2011 the CID published a draft Constitution that guarantees the exercise of democratic freedoms and respect for human rights for all the inhabitants of the island, and includes a variety of provisions on education, social welfare, the economy and the environment.

Commander Matos qualified as a teacher in Santiago de Cuba and received a PhD in Teaching from the University of Havana.