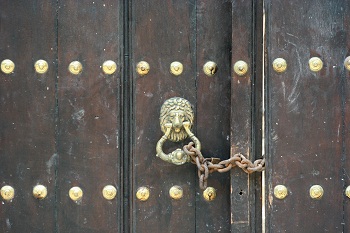 It would be really good if the Cuban Revolution were to finally admit that it has a lot of political opposition, peaceful and civil, from within and without the island. Because from the beginning, “The Revolution” refused to admit that it was having “political problems” within its own borders. It’s more confused and wastes more time discovering the lie if it presents the campaign against dissidence as if The State has “Patriotic Urgency” or “The Threat to Sovereignty” and “National Socialism (Communism ) is the most progressive alternative” and that those who oppose a political party and its dictator are “mercenaries” with neither will nor heart”.

But all that is false and honesty can still be useful, not for “humanity” but rather for each human being, small and infinite, with rights and with worth. If having faith, hope, and love of life didn’t make sense, if it were preferable to keep quiet, to look the other way, to forget to be the protagonist of your own life, to make your dreams real. Why Christ, the God in which I believe, is it taken so seriously that even…….

For a powerful reason was he abandoned on the cross to be tortured until death, being killed for the maladies that we’re capable of and that only He can pardon. Must we give up that this world be a place to inhabit in well-being and security? Do they have to keep governing the barbarians while we take refuge in religion but are not capable of acting with faith in life?

So many deaths in the Stalinist collectivization, such a genocidal Marxist doctrine in order to justify the class struggle. Who can be leftist nowadays without admitting that they are complicit in or guilty of, genocide. It isn’t even worth recommending to the stupid of the world who believe in the kindness of socialism to come to my country to see the outcome because recently I’ve discovered that there are people who need to be submissive, servile, managed, rationed, justified in their envy in staying on the margins of their wishes, anything God only knows, and for this reason they stay as Marxists in the world.

No-one believes anymore in the story of socialist justice because Wilman Villar and Zapata Tamayo were very humble men who never got respect for their rights when they were slowly killed. The Left isn’t humane, it’s fascist. Fascism is the extreme left and Communism is fascist. There was a Hitler because there existed a Lenin and a Stalin. This is the real cause of the second World War, the opportunistic German disciple of Cominterm ( Communist International ) ambition and the Soviet extermination camps with the novelty of nationalism but don’t forget that National Socialism is another form of socialism, no less bloody than communism. It is the worst swindle and those that hold it up high like a flag in the world or are very frustrated and are disguised serial killers, or the poor; they are idiots and idiots cannot guide the destinies of millions of people.

*Translator’s note: The title of this post is taken from a book by Huber Matos.