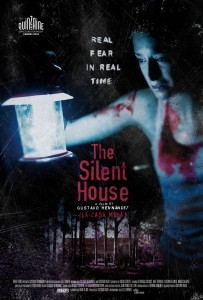 The Journal of the International Festival of New Latin American Cinema is already out with its XXXII edition with previews the festival scheduled from December 2-12. Playing in the main theaters of Havana, home since 1978 to one of the most comprehensive festivals of images and sound on the continent; it includes the U.S. and Canada with co-productions, representative samples, conferences and the section “Latinos in the USA,” to which this year is added the Homage of the National Film Board of Canada, which is showing 47 works at the festival including animated, fiction, and documentary films.

As in previous years, the filmmakers will compete for Coral Awards in fiction (feature films), first works, documentaries, animation, script and posters, along with the coveted award of popularity, the Latin American First Copy Award and other awards. In 2010 there will be works on the Bicentennial of Independence, with the 25 Glances in 200 Minutes — shorts of Argentina; the animated series Fates, humorous and short stories of Independence and the Mexican Revolution, which will showcase 26 movie minutes lasting 90 seconds each (13 dedicated to the Independence and 13 to the Centennial of the Revolution started in 1910).

The schedule contains 21 feature films, 4 from Argentina and the same number from Cuba and Mexico, 2 from Brazil, Chile and Venezuela and 1 each from Peru, the Dominican Republic and Uruguay, and two Uruguay-Spain co-productions, and another from Venezuela, Cuba and France – plus a Brazilian film outside the competition on the life of president Lula, supplemented by 23 medium-length and short films, among them a German film about Cuba, which premieres Bathers, Carlos Lechuga, and Aché, about the writer and filmmaker Eduardo Llano; and including Brazil (7) and Mexico (5), and followed by Peru (2), Argentina, Bolivia, Chile, Colombia, Dominican Republic and Venezuela (1 each). 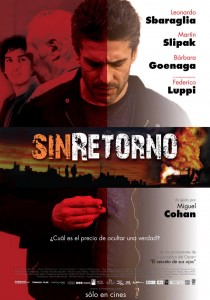 Twenty-three first-run films are competing, led by Brazil and Mexico (4), followed by Argentina (3), Chile, Colombia, Costa Rica, Cuba and Uruguay, each with two works. Generating the most interest are the entries from Argentina: The Intern, No Return and Puzzles; Five Favelas from Brazil; Of Love and Other Demons (Costa Rica) and Fierce Molinas and Affinities (Cuba), the second directed by actors Jorge Perugorria and Vladimir Cruz; and The Mute House, by Uruguayan filmmaker Gustavo Hernández, based on real events.

Argentina leads the festival with 91 pieces in total, including documentaries, animation, scripts, posters, etc., revealing a fascination for its films, the most convincing of Latin America; followed by Cuba (85), which benefits from its status as host to show 33 minor works and 17 audiovisual productions from the Superior Art Institute; and then Mexico (70), Brazil (42), Chile (24), Colombia (15) and Venezuela (10).

This edition is well served by animated film, characterized by color, humor and brevity, and represented by 28 titles, led by Argentina (7), Brazil, Chile and Venezuela (4), Cuba (3) — among them Nikita Chama Bom, by Juan Padrón Blanco — Mexico and Colombia (2) and the unusual presence of El Salvador.

The organizers scheduled 42 films in the section Made in Cuba, of which 35 are documentaries, 6 fiction, and one experimental; 33 are from Island producers and the others are from Ireland, Italy, Britain and Uruguay. That of Ireland appears as a formal request as it constitutes the Castro regime’s version of the Black Spring of 2003.

In “The Hour of Shorts” (23 tapes), are submissions from Vanguards (17), Latin American Panorama (22 fiction), and Latin America Documentaries in perspective (38), as well as fantasy and horror films, confirming the “fraternal rivalry” between the film industries of the leading countries in regional culture.

International options at the Film Festival of Havana include films from Germany, Spain, Italy, Britain and Poland, as well as Finnish Animation 8 titles and some from Denmark, France, Norway, Egypt, India and Iran.

Moviegoers will be able to attend two seminars, see seven exhibits in the Chaplin Room and other locations, buy books and magazines, attend shows with actors and directors and choose what to see among the 515 films on billboards, of which 122 are competing. It may be too many for ten days and more than 20 theaters.