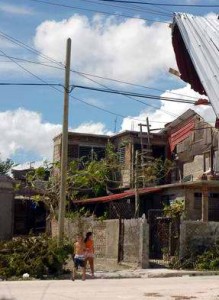 HAVANA, Cuba, December, www.cubanet.org – Many Havanans are confused and outraged that the government is eliminating constructions added without permits from the Institute of Physical Planning. After allowing them for decades, the withdrawal of authorization of thise privately-constructed buildings now is creating a very serious conflict, one more in the severe housing crisis in the capital.

“They have demolished buildings and are continuing to do so. It’s unreasonable to dismantle the improvised garages. Neighbors in my building and others in the area are going crazy trying to think about how to protect their cars. They don’t have any other place. Do they take them up to their apartments on the third, fourth or fifth floors? Its absurd that so many buildings have been built in 50 years but they don’t build garages to protect vehicles from the risks of weather and theft.”

Garages, workshops for the repair of cars and motorcycles or the repair of home appliances, shacks for water pumps, bike repairs, living quarters… There is a huge need and lack of renovations of buildings ruined or destroyed, and now, to make it all worse, this plan aggravates the situation.

“I know of a case of a married couple with two children, six and seven, and two grandparents, who live crammed into a little shack,” added Mengana Franco.

Parking outdoors is exposed to the weather and to the plague of thieves. They steal parts off of cars and motorcycles, especially tires and batteries, scarce and expensive. The vehicles they steal from are dismantled piece by piece and sold, taking advantage of the lack of parts of state-run establishments, the only ones, or their astronomical prices.

Rodolfo, a resident of Alamar to the east of Havana, expressed his disagreement:

“Before demolition, the state should adequately resolve the problem created. I sacrificed myself in numerous sugar harvests. I earned the distinctions of “national vanguard” and “millionaire harvester” for the millions of arrobas of cane I harvested, and for this I got the right to buy a Russian Lada car. Now I have no way to protect it if they tear down my garage. I live on the fifth floor.”

Felix Mengana concludes, “If it’s prohibited, why does the government allow people to fool themselves, having their space, their privacy, to late tear down their huts and their dreams?”