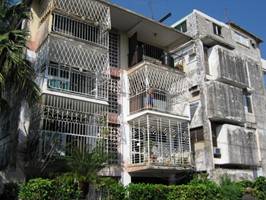 Some years ago Alejo Carpentier wrote a column which he called “Havana, A City of Columns.” The proliferation of colonnades along our major streets once caught the attention of anyone who visited the city, though they seem perfectly normal to those of us living here.

They protected us from the scorching sun and the torrential rains. You could walk under them almost uninterrupted along major thoroughfares such as Monte, Reina, Galiano, Belascoaín, Jesús del Monte and Jesús del Cerro except when you had to cross the street.

Today everything has changed. The columns have collapsed and with them many of the colonnades. Others have been closed to pedestrian traffic by residential and business occupants, who set up walls and metal fences as they see fit, in violation of regulations governing public ornamentation and city planning. 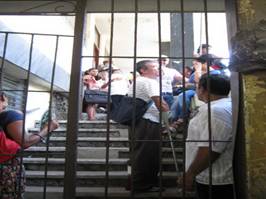 While this is troubling, what is even worse is that Havana is no longer the city of columns but rather the city of burglar bars. They are like marabou weed in the countryside, spreading everywhere. Bars of all types can found on residences, shops, businesses, schools, parks, fountains, cafes, restaurants and kiosks, disfiguring the city and making it seem like one big jail. 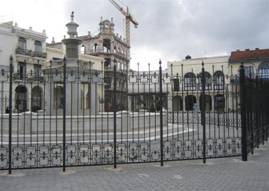 As the saying goes, it seems the violin is for one thing and the guitar for quite another. The concept that everything belongs both to everyone and to no one is as complicated and difficult to understand as the mystery of the Holy Trinity. For your enjoyment, I have interspersed some photos of various types of metal bars.