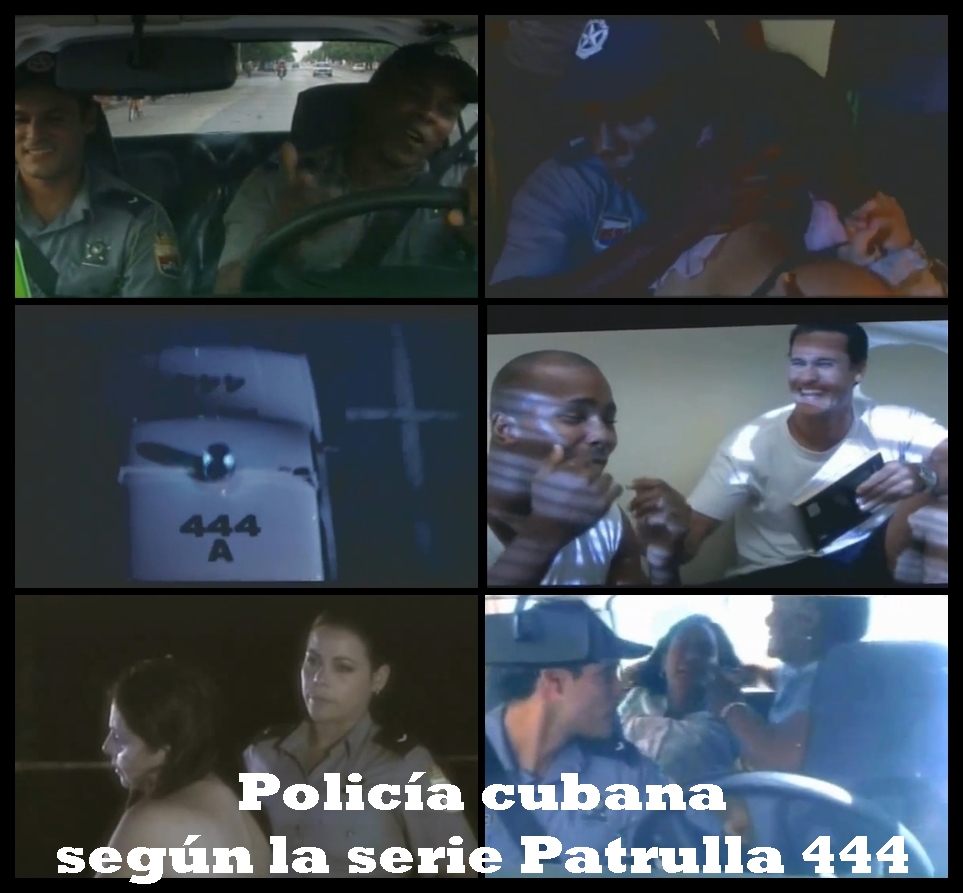 Cuban police, according to the TV series “Patrol 444.”

The accusations against me began a few months after I opened my blog, The Children Nobody Wanted. And when the National Union of Writers and Artists of Cuba (UNEAC) informed State Security that they were handling an invitation for me to attend the Festival of the Word in Puerto Rico, I was immediately summoned to the police station to impose on me a bond of 1,000 pesos, to prevent me from participating in that cultural activity. I remember that while I refused to make the payment, a Major who casually answered to the name Kenia — like my accuser — picked up the telephone to call Miguel Barnet, the President of UNEAC, so he would help convince me to pay, and make me give way before my defiant attitude of preferring to be in prison.

I had been accompanied by a writer friend, a brother, one of those whom life presents and who suffers for you more or as much as those who were born from the uterus of my mother. With the best intention, he pleaded that I accept payment of the bond before the threat of being sent to the cell. Finally I accepted that bond months after the accusations, and the file was archived for being considered insufficient, corroborating the constant contradictions of the prosecutor, who was changing statements, enlarging them, taking them away, and lying openly, because that was the way to silence the possibility of being denounced from abroad.

Years later, precisely during those days of the Festival of the Book in Havana, I approached the bank to collect the bond, placed by the one who paid it while I was detained in the police station: The bank denied the payment and sent it to the police station and from there to the prosecution, to discover – as if there weren’t sufficient proofs presented of my innocence – that the ones who imposed the bond, and so took possession of the bureaucratic paperwork, was State Security.

My writer friend had called me alarmed, impressed by the scarce decency and the rough methods used against me. I was punished as a common prisoner, my friend told me, but in the main chamber of State Security’s Provincial Tribunal, in the special venue for distinguished cases of Carmen and Juan Delgado. Now he confirms that the bond was imposed by the “political police”; he said he was impressed. I learned that my case was numbered “444″ like a television serial that is shown these days. My friend is sad. I laugh at such ridicule, such cowardice, and I imagine the day when the truth will come out into the light and unmask the cunning politics. What would they think, those people who support the government or stay silent in order avoid prosecution?

Time and patience, my mother counsels me. Today I oblige her.