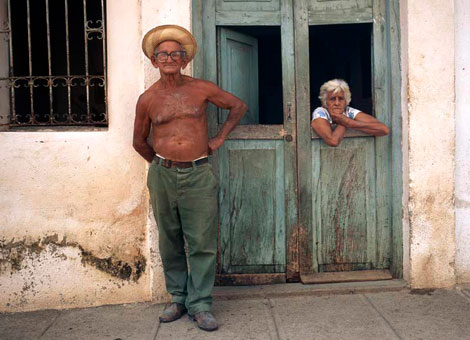 At least 25 retirees were fired by the Chief of the Basic Unit of Cooperative Production (UBPC), located in the town Merceditas, in Matanzas, 2 weeks ago. “The reason for the dismissals was the death of one of the elderly, after being trapped in a fire in the cane-growing area of the cooperative,” said Silvia, daughter of one of the unemployed.

According to the source, the deceased worker was trying to create a backfire (the method used to prevent the spread of the flames). But a wind gust spread the fire to surround him. “The firefighters never came. When they managed to put out the fire the man was already incinerated,” he said.

Enrique, age 60, is one of those affected by the layoffs. He had a monthly salary of 700 Cuban pesos (25 U.S. dollars). “We made up more than 70% of the workforce of the cooperative,” he said and asserted that the response of the managers, before the fatal incident occurred, was to fire the retirees. “Other UBPCs (basic units of agricultural production) like Hoyo Colorado in the town of Marti in Matanzas, have also initiated some unfair dismissals.”

The laid-off worker argued that “the bosses fear that there will be another death, or we will cause losses through carelessness.” But he claimed that he has never been disciplined for any misconduct during his employment.

Enrique receives monthly support of 300 Cuban pesos, about $10, as his pensionfrom the State. Senior citizens on the island have to subsist on a “little extra work” because the pension does not cover their basic needs.

In general, retirees in Cuba are hired for a limited time period. However, the labor law does not empower the managers to end the employment relationship without legal justification.