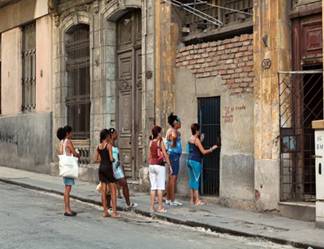 In the Republican Cuba each province had a governor and each municipality a mayor, who governed, in the case of the province with a Council of municipal mayors, and in the municipalities with a city council with councilors. The municipality was the local society organized politically to an extent determined by the necessary relations of vicinity, on a basis of financial capacity to meet the expenses of the government. It had autonomy, with powers to meet the peculiar collective needs of local society. The province was composed of the municipalities within its territory. So it was established in the Constitution of 1940.

From the year 1959, instead of perfecting what already existed, these structures were modified and, in the case of the municipality, which is what interests me, the mayor was replaced by a triumvirate of three commissioners, something also provided in the aforementioned Constitution, but with the number of commissioners in correspondence with the number of inhabitants in each municipality, rather than a fixed number for all.

As the experiment failed, due to the multiplicity of leaders, it was changed to just one, though with limited executive and financial power, and with the measures to be applied having to be approved or ordered by the central government.

In practice, the old town hall of municipal government became a mere administration. Then they experimented with the same dismal results, with the so-called JUCEI (Coordination, Operations and Inspection Boards, which were the municipal and provincial governing bodies). With the emergence of the People’s Power they thought that the problem would be resolved, looking to the experiences gained within the Republic and later, but these lessons were discarded, maintaining the inefficiency, now increased with the increase in bureaucracy.

The truly great problem is that, sitting on top of the existing bodies of government, both national as well as provincial and municipal, is the Party. It is no coincidence that every time there is a meeting of any of them, either the National Assembly or the provincial or municipal ones, the Party Plenary is held first and it establishes the scope and limits of what will be discussed and approve by the assemblies.

In this scheme, in reality the Party has the power, and of course it the Party that governs and the government (the People’s Power), are simply administrators. Herein lies its inability to solve problems, national as well as provincial and municipal. It is a duality similar to the two existing currencies where one, though it do not do so consciously, conspires against each other, because they occupy and act in the same small space.

In the capital this is the big problem, aggravated by the presence of the central government and its agencies and institutions, who influence and pressure the administration, which becomes an executor of the tasks of others, leaving its own tasks uncompleted.

The result is on view for all: broken streets and sidewalks without maintenance,  abandoned landscaping, chaotic garbage collection, terrible services of all kinds, buildings deteriorating and collapsing daily, poor health and other evils that affect citizens.

As long as our provincial and municipal governments do not have real, strong and resourceful leaders, who perform their duties as such, all this will be insoluble.