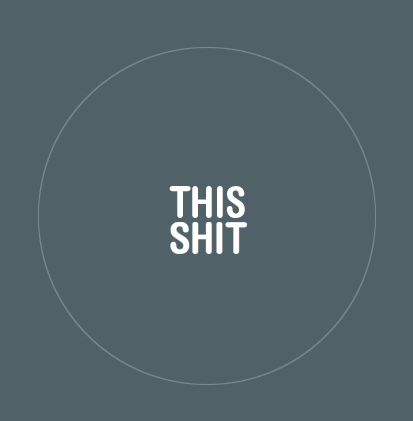 Since yesterday, November 7, 2012, there have been numerous arbitrary arrests, which continue to today. The number arrested at this time is impossible to determine because, as on previous occasions, the mobile and fixed phones of those involved have been interrupted and cut off. Among the arrested are Antonio Rodiles and Yoani Sanchez.

The trigger for the current situation was the arrest at her home of the independent attorney Yaremis Flores, from the legal association CubaLex. As a result a group of people gathered to demand her immediately release in front of the State Security station known as Section 21, at 31st and 110th Avenues in the Playa neighborhood of Havana. Her husband, Veizant Boloy, also a lawyer, was the first arrested when he went to inquire about the whereabouts of Yaremis. All of her friends who demanded an explanation were violently arrested.

Today, the same thing happened in from of the Aguilera station where Antonio Rodiles and Laritza Diversent, a CubaLex attorney, have been held for more than 24 hours. People waiting peacefully there for someone to respond with words were met with a hard beating and put behind bars. Some of those arrested between yesterday and today are: Andrés Pérez, Mario Morago, Vladimir Torres, Rolando Rabanal, Luis M. Fumero, Ailer Gonzalez (released today at three in the afternoon), Antonio Rodiles, Eugenio Leal, Agustine Lopez, and Angel Santiesteban, who is now at home with two fractured ribs, a cracked skull and on hunger strike.

Orlando Luis Pardo Lazo and Claudio Fuentes Madan are, as of now, missing.

In addition to those arrested in the capital, we can add Jose Daniel Ferrer of the Cuban Patriotic Union — UNPACU — arrested in Santiago de Cuba, and Enyor Diaz Allen of Hablemos Press in Guantanamo.

In article 58 of the current Constitution of the republic of Cuba it says: The freedom and inviolability of their person is guaranteed to all who reside in the national territory. No one can be arrested except in the cases, in the manner and with the guarantees prescribed by law…

The reasons for these arrests have not been communicated, not to the families of those arrested, no, of course, in the national news media.

But the reasons are numerous. One day after Barack Obama’s reelection as president of the United States, the agents of the Cuban dictatorship may feel tempted to ratify to the Cuba people the absolute contempt they have for our universal and inalienable rights. The international community is notified in this way of the absolute impunity with which we continue to be treated, from this infinite archipelago, we are deciding to plant, in our fertile ground, the great tree of freedom.

The critical situation presented in the east of the country does not escape us, where the passage of Hurricane Sandy has aggravated the situation of food and public health, with various regions reporting the appearance of cases of cholera, which the Cuban government conceals, in addition to the extensive dengue fever epidemic that we have suffered for several months, the statistics of which are also “a strict State secret.”

The death of Fidel or Raul Castro would be another reason to strip from Cuban civil society it’s most vocal representatives. A cowardly government panics if it is left leaderless.

The group of those arrested has been participating for months in the civic campaign For Another Cuba, which urges the government of Raul Castro to ratify the United Nations’ International Covenant on Civil and Political Rights and the Covenant on Economic Social and Cultural Rights, signed by the Cuban Government on 28 February 2008 in the city of New York, the only truly hopeful step, for the obligations that such ratification would imply for this sad government. The consequences of such ratification would be the final replacement of the governing apparatus of Fidel Castro.

We demand, immediately, the release without charges of the several people arrested, and the termination of arbitrary arrests that hinder the development of the civic activities organized by civil society.

We ask the Cuban people to evaluate the complicity that is derived from intimidating actions, and not to accept the deception that involves the extension of a regime that requires permissions, when we are so close to a regime of freedoms, and to the international community what maintains support for our civil society, because Cuban still deserves, like the rest of nations, full freedom and sovereign self-government.