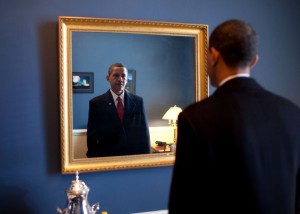 It was not only Barack Obama’s supporters in Chicago’s Democratic party circles who celebrated the close victory over his Republican challenger, Mitt Romney,with champagne. Though without as much rejoicing, the club of Communist businessmen, who together control 80% of Cuba’s feeble national economy, probably also spent midnight on November 6 calmly celebrating the Obama victory with a toast.

In the last four years the measures approved by the Democratic administration have caused the cash registers in Cuba to ring out joyfully. Since January 2008, when the “Hawaiian hurricane” captured the attention of half the world with his restrained conversational style and promises of change, the issue of Cuba has never been among his political priorities.

Obama came to the U.S. presidency buffeted by a terrible crisis which shook the foundations of the world’s largest economy, two ongoing wars and a trail of international condemnation for the aggressive and unilateral policies of his cowboy predecessor, George Jr.

In his first term he rescued Detroit’s automotive industry which, alongside Coca Cola, Apple and McDonald’s, is a symbol of American greatness. Against all odds he got Congress to approve “Obamacare” and brought American troops stationed in Iraq home. Obama is perhaps the best president the United States could have had in these times.

According to a poll by the Elcano Institute 70% of Europeans approve of his administration. In Africa, Asia and Latin America the numbers are similar. Only in Israel is Romney favored over Obama. His list of unfulfilled promises is short. Within the first two years of his presidency a Republican-majority Congress became a formidable opponent, blocking all his legislative initiatives.

Because of China’s economic expansion, the Arab Spring, the Iranian nuclear threat and the euro zone crisis, the diplomatic squabble with Washington, which the regime in Havana often stages as a publicity stunt, is not high on the Obama agenda.

In terms of Cuba the first black president has fulfilled his election promises. He re-instituted family-related trips to the island as well as cultural and academic exchanges, and increased the amount of money that could be sent to Cuba to $10,000. But the Castro brothers wanted more. They wanted Obama to rescind the economic embargo and grant political pardons to five Cuban spies imprisoned in the United States.

The White House’s spokesmen were emphatic. The ball was in Cuba’s court. It was Raúl Castro’s turn at bat. Pressured by the death of the dissident Orlando Zapata after an 82-day hunger strike, the government negotiated the release and exile of almost a hundred political prisoners.

Castro II was also committed to a pallid economic reform plan and to getting rid of absurd restrictions that prohibited Cubans from having mobile phones, buying and selling cars, and renting hotel rooms. And although officials in the White House saw the reforms in Cuba as a step forward, the bar was not raised with new liberalizing initiatives. They demanded democracy, respect for human rights and the political opposition, and that the general remove the padlock from the internet.

The official press, the voice of party that had controlled the destiny of Cuba for 53 years, called off the brief honeymoon with Obama. Fidel Castro cast the first stone with a barrage of attacks on the American leader and on “Yankee imperialism.”

But behind the curtains, where real politics take place, the mandarins can feel satisfied. In the last four years, thanks to family reunification measures adopted by Obama, remittances have doubled from one billion dollars to a little more than two billion in 2011. The value of commercial goods brought in by agencies and “mules” hovers at around three billion. After Canadians, Cuban-Americans make up the second largest group of visitors to the island.

The autumn of 2012 was critical for General Castro. If Hugo Chávez and Barack Obama had lost their elections, regime officials in the Palace of the Revolution would have been forced to dust off emergency contingency plans, which would have quickly led to changes more serious and profound than the current ones.

The victories by Chavez and Obama are a dose of oxygen for the Cuban autocrats. The purchase of one hundred million barrels a day of Venezuelan petroleum at wholesale prices, combined with the deep pockets of the Bolivian comandante and the continuation of Obama’s policy of family re-unification, will allow fresh funds to flow into government coffers, and the Castros will be able to sleep soundly.

It is not that inside Cuba everything is rosy. Far from it. But Obama’s re-election has given Castro II significant room to maneuver.

More importantly, it buys time, especially if we remember that Fidel is 86 and Raúl is 81. At their ages, having four more years to steer the ship through calm waters in a country that survives on charitable donations and remittances from overseas is good news. It warrants opening a bottle of champagne.

Photo by Pete Souza, official White House photographer. Born in the United States in 1954, Sousa is of Portuguese background.