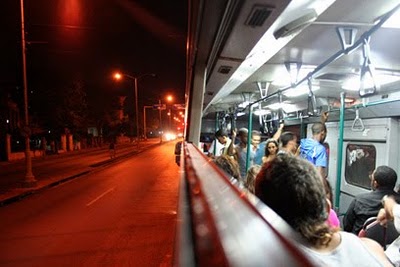 UNDERSTANDING THE CURTAIN AS A TRIUMPH

As naive intellectuals, especially a Dictionary of grandiloquent words. Some Complete Works with patches of politically perfect paragraphs. An Encyclopedia stuffed with containers of lined paper, fucked.

It’s enough. There has already been enough submissive significance. We will be slightly satisfied with the idea that no more ideas will mediate between lyrical language and sparse reality. We welcome the silence with satisfaction. The lack of grammatical encouragement. We are less. Let us be more. The same period and also, to be consistent with myself, syntactically there should then be a period and full stop.

But Havana persists in plumbing our biographies of soldiers of the pen. But Cuba hardens us daily in a leaderless context. But the Revolution resists at the expense of the poor and fevered imagination of our senile forgetfulness, sociolopsistic to the point of suicide.

We cannot avoid this little formula H-C-R, even as a default. Because, in effect, it was right, as almost always, the most pedestrian political propaganda in the paleohistory of this nation. The experiment was a success.

So that, with so much repetition without giving credit, now we pay the price of supersaturation of such grandiose theater. From so much inhalation of its damp smoke,Havana has turned us into its gifted ventriloquists. From so much insult to or by Cuba, Cuba tracheotomized us. With so much rumination on its rhyming puns, the Revolution recruited us.

So again we type, timid and timorous, without being able to extirpate this tumor of three in our throat: histology more laughable than tired (second century (H-C-R). But, instead of the timeless clack-clack of the keys, what is heard is hypocritical whisper of rotting patriotic bronchi. The discursive madness of a terminal patient. The place of our nationalasthmatic obsessions. The mal-formed and metastatic protest of Havana in Cuba in Revolution.

These fossil symphonies speak today the name of our paraplegic intellectual. A ubiquitous and omniscient jargon. More than the sterile specter of an absolute State, these resonances simulate the hollow echo of God. Cynical and sentimental that they are.

Revolution in resurrection at the humiliating hour of say no more about Havana. Speak no more of Cuba. Say nothing more of the Revolution. Do not talk anymore. This full stop, even being an inconsistency with your, syntactically becomes then a full stop.