14ymedio, Havana, 5 March 2021 — After withdrawing the results of the survey carried out at the beginning of this week on the Ordering Task, the State website Cubadebate has published an article this Friday with some of the trends that the responses to the survey showed, but hiding the most unfavorable percentages. The manipulation of this information is drawing angry criticism from commentators.

“I think that the results of the poll were not adequately reflected in this article. Rather, they were timidly reflected. We all saw the large percentage of voters who reflected their great disagreements in the first three questions,” denounced Octavio.

“Recognizing the problem is the first part of solving it. Let’s take off the blindfold and see the reality, leave the offices and walk the streets and neighborhoods, there is the answer to the survey,” added the reader.

In the Cubadebate text, when the survey is mentioned, it does not link to the initial poll page, which keeps showing an error message when trying to access it. However, at the foot of this Friday’s article a brief note clarifies that it was only used “as a journalistic tool” and that “it closed after two days of its publication, the time provided to collect responses and opinions.”

The survey, which included 14 questions, was online for two days, but was later withdrawn and its results were no longer visible. The more than 400 comments that the survey had accumulated were also withdrawn, most of which were very critical of the effects of the economic adjustments that began last January with the monetary unification.

The text of this Friday only includes a few results of these questions, the most favorable, among them that 72% of the participants considered the Ordering Task “necessary for the country’s economy,” along with 79% of the respondents who say they have kept their jobs during the time the economic measures package has been implemented.

However, they leave out other very unfavorable percentages, such as the more than 90% who do not see an increase in the quality of the products despite the rise in prices or the 67% of Cubans who cannot satisfy their needs through their salary, according to the results a few hours after starting the poll.

Among the great absentees in the survey questions were about the unpopular stores that sell goods only in freely convertible currency (MLC), which, however, starred in a good part of the complaints left by the Cubadebate commentators.

A reader identifying himself as Eday pointed out that in the comments of the survey many spoke of the impact of the stores in MLC but the investigation of the official site does not reflect the issue. “We do not all have MLC, it is unfair that the basic needs and things for children (yogurt, cookies, juices, sodas, malts, jams) are sold only in those stores. Those of us who do not have MLC are giving life to resellers.”

The Internet user claims to have paid 180 pesos for a packet of straws that costs 0.90 dollars in currency stores, and that the yogurt cup is between 25 and 30 pesos on the street. “As much as the people want to refuse the resellers, we have no choice, especially for those of us who have small children,” he laments.

For his part, Manuel criticizes that nothing is said about the “dual currency.” “The Ordering Task is still seen as that, ’a task’”, and that its success “once again” depends on “the discipline and imperative of the managers. “However, he affirms, the problem must be approached” as a natural process of real structural changes in economic relations. “

“They must do something soon, because inflation is going to swallow us up at any moment,” complains De_De. “In another scenario and with all the stores supplied, the Ordering Task would be a success.”

This newspaper made 14 screenshots with the results of the survey on Monday, March 1 at 3:00 pm, which are attached below. 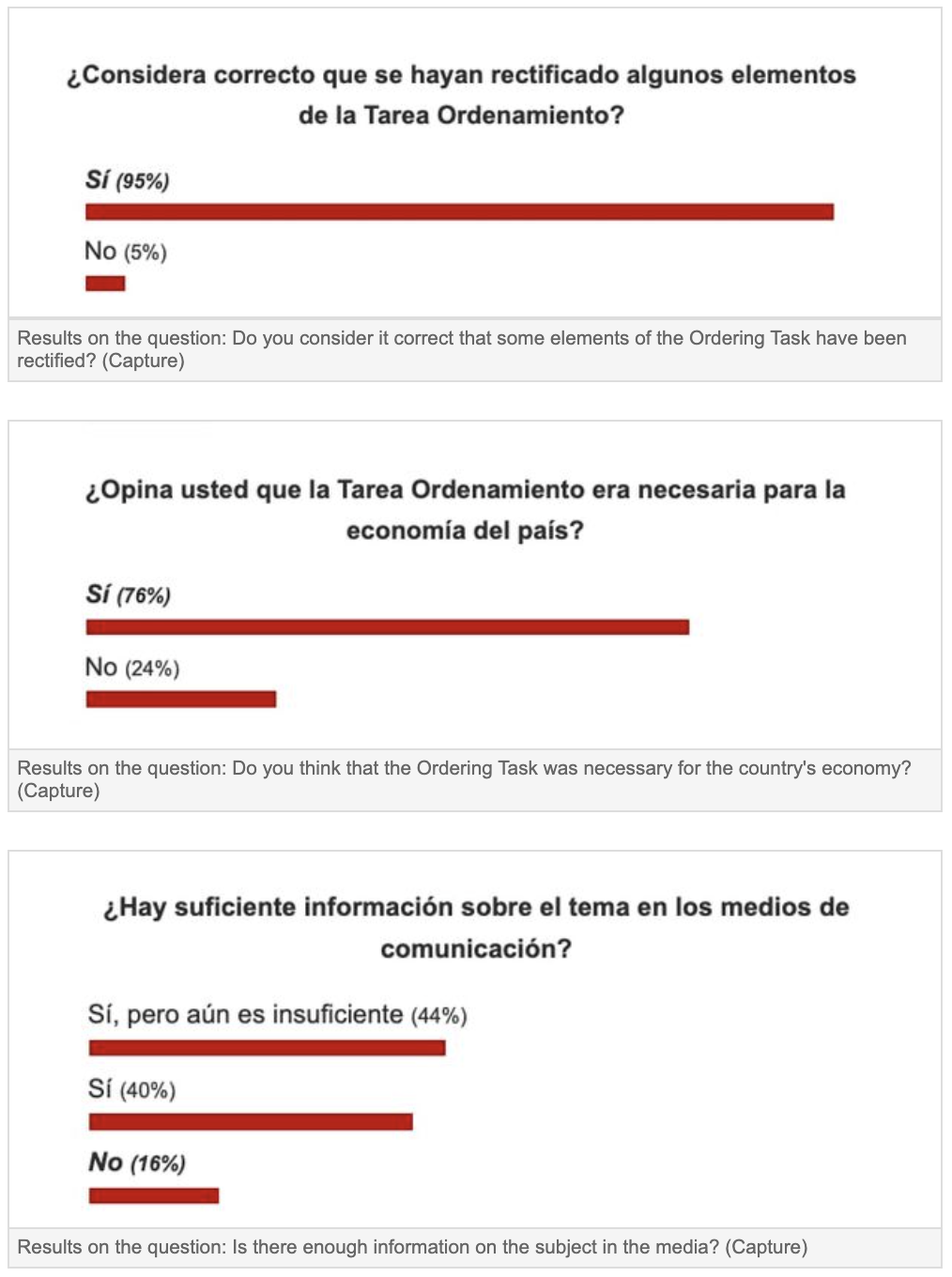 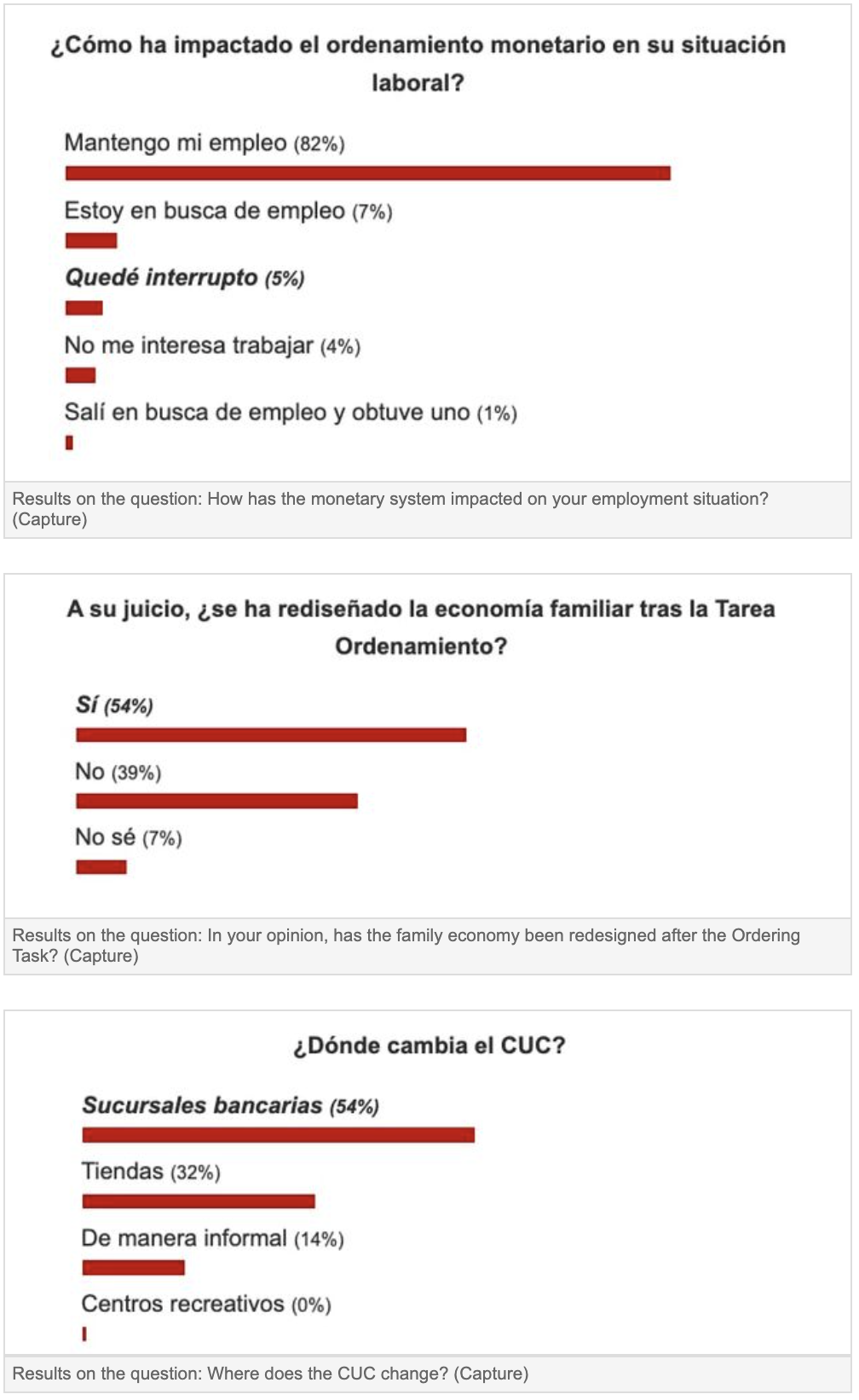 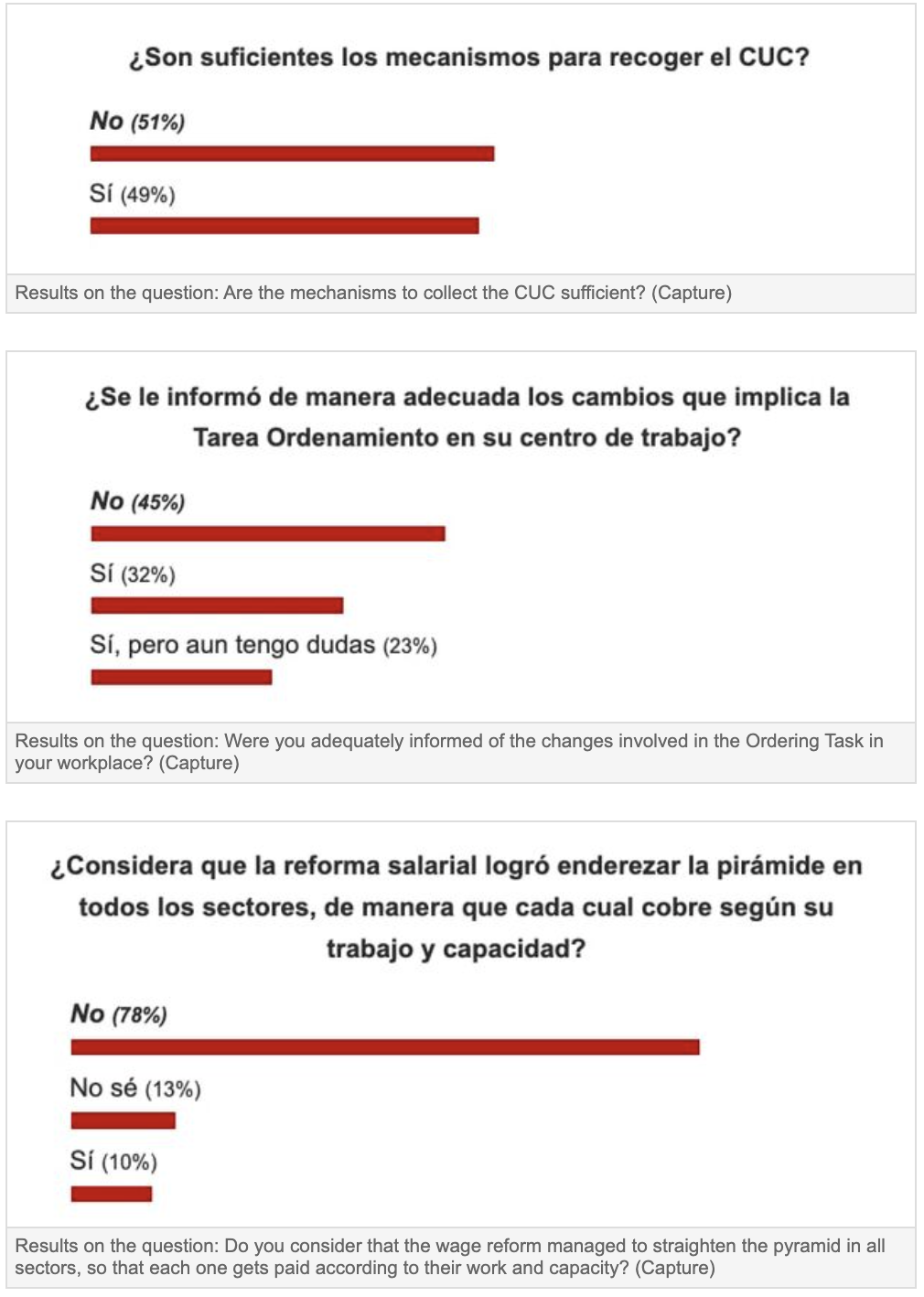 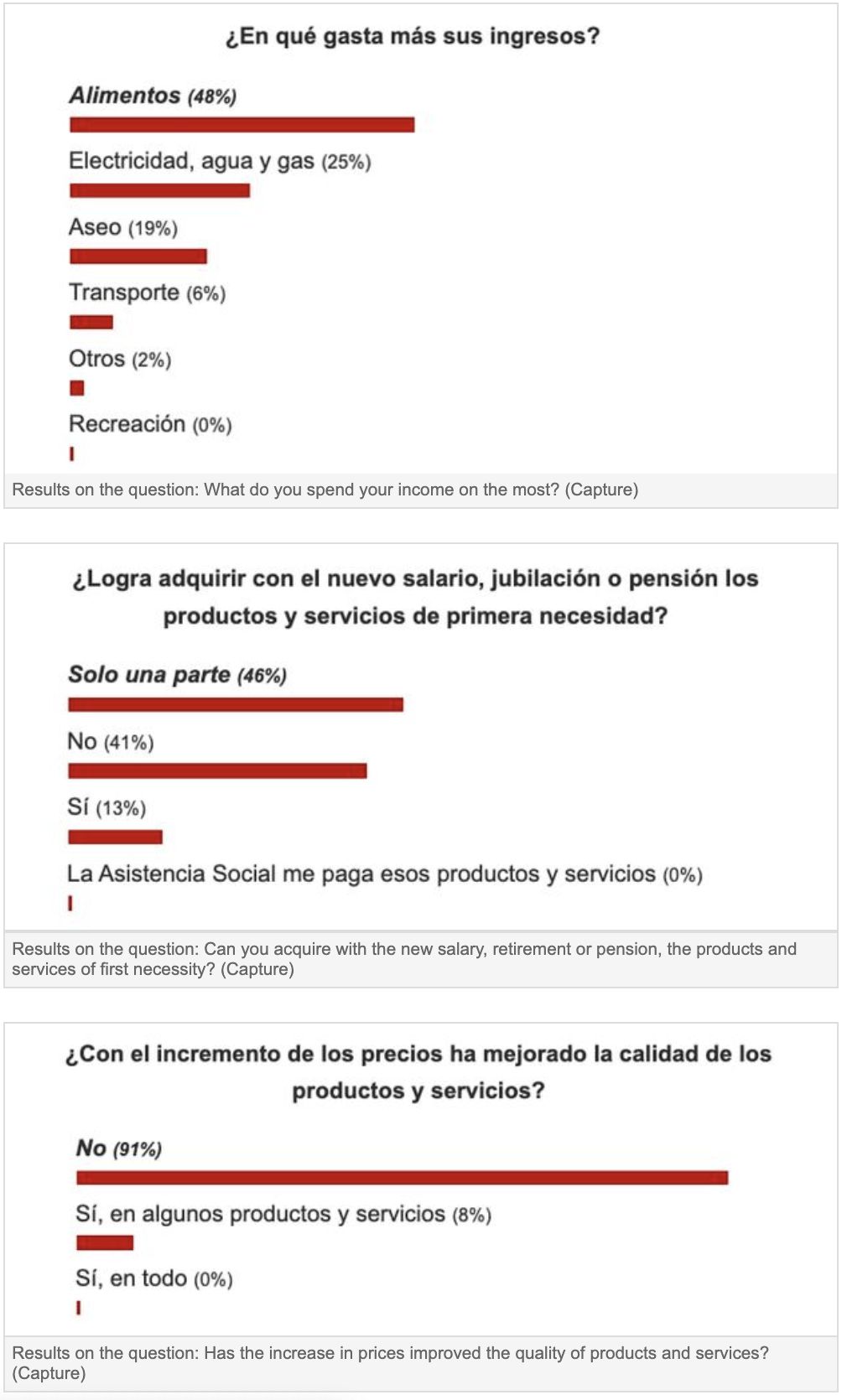 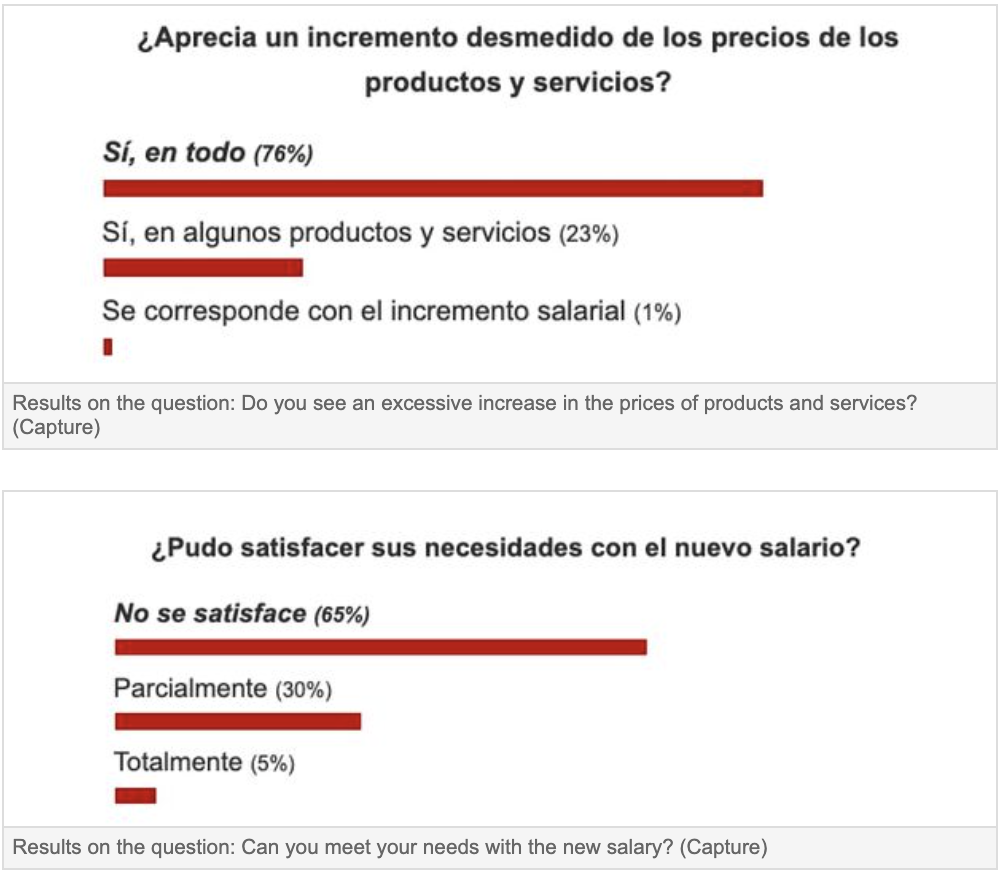