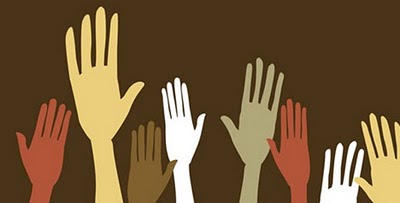 The famous Spielberg film based on the eponymous story of science fiction writer Philip Kindred Dick has as a story line the existence of a police unit capable of fighting potential criminals before they commit a crime, the future can be predicted with the help of beings with psychic powers.

If we put the word pre-criminal in an Internet search engine, no matter the gender or grammatical number used, the first results are unrelated to this disturbing fiction, but rather to Cuba;, a reference to the island comes up even more immediately than searching on Revolution, Socialism or Communism, which gives us a measure of the uniqueness of this connection.

And it is that the Cuban penal code in Article 72 provides for the legal concept of a State of Dangerousness: It is considered a state of dangerousness to have a special proclivity in a person to commit crimes, demonstrated by conduct that is clearly contrary to the rules of  socialist morality. This proclivity to crime is punishable with up to four years imprisonment.

In Cuba there is a presumption of innocence, although it is not included in the Constitution — the most common because it is a right of first order — as referred to in the law of criminal procedure, Article 3, as follows:

Presumed innocent are all the accused until conviction is handed down against him. Every crime must be proved independently of the testimony of the accused, his spouse and relatives within the fourth degree of consanguinity or second degree of affinity. Consequently, the mere statement expressed by persons does not remove the obligation to furnish the evidence necessary to verify the facts.

That “all crime must be proven” seems not to include the “predilection” already proven “by the conduct in manifest contradiction with the norms of socialist morality.” Pre-criminal is so bad, that the sentence (up to 4 years) is greater than for the actual offense of disorderly conduct, for instance: a person with a weapon or any explosive material threatening the public with the intention to create panic can be sentenced to a maximum of three years.

To top off so much arbitrariness we can stop at “socialist morality.” There is no socialist catechism that compiles the attitudes and thoughts, sinful or virtuous, they are open to interpretation, but not by the citizens who could unknowingly make mistakes, criminally, and therefore end up with their bones in jail, by authority of the police, judges or prosecutors.

Its vagueness is not a slip of the system, it is its rationale, something that can be changed on the fly depending on the circumstances, a wildcard is used to suppress, whether it be prostitutes, homosexuals, vagrants, criminals, political opponents or wayward artists among others, although the social behavior that it defines is not a crime, but the proclivity to commit crimes.

In Law, one of the strongest obligations is not to violate the presumption of innocence, and it is imperative for the accuser to present evidence for the prosecution to establish the guilt of the accused, but that’s not how it’s done when the defendant has not committed any crime: it is constructed piece by piece.

When a girl walks by with a foreigner the police take her information and if they bump into her another time in the same position they can give her a “police warning” about her potentially pre-criminal status, as stated in Article 75 of the Criminal Code.

These warnings serve as evidence against her for when she is formally accused of dangerousness and prosecuted for it.

The procedure is the same for harassing gays meeting in places of “that persuasion,” or political opponents who come together in a private home. It is enough for a neighbor to betray them to the police to assume they were up to something.

The reality of the Cuban Police State far exceeds the fiction of Minority Report where beings with precognitive abilities, the precogs, are everywhere, dressed in blue and moving in patrols.