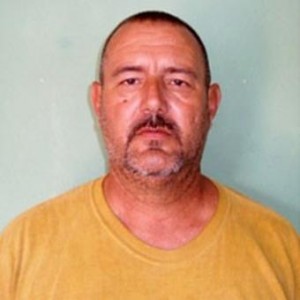 I’m afraid that General Raul Castro’s government has done it again. In the early morning of May 8th, the death of the opponent Juan Wilfredo Soto Garcia, 46, is the worst news that the Cuban mandarins could have received, as they focused on their timid economic reforms which are being realized at snail’s pace.

There is something real. Even though Castro II has not signed any document neither compromised publicly, and the law keeps floating over the air of the republic, his strategy has been to free the political prisoners of the island.

If the olive-green hierarchy, which governs Cuba’s destiny, released more than a hundred dissidents in the last few months, it was simply to inhale “political oxygen”. After the death of peaceful opposition Orlando Zapata Tamayo, from hunger strike in February 2010, the General made truce and pretended to raise a white flag.

The mediation from the catholic church and the Spanish ex-Chancellor Miguel Angel Moratinos to soothe the inflamed Damas de Blanco (Ladies in White), and the release of 52 opponents at a time, sentenced to long criminal sanctions, was an unpublished moved from the Castro.

In a way, it dislocated the fragmented internal dissidence, and won approval from a large part of international public opinion. What Castro II needed to implement moderate reforms was less internal tension. They remember that more than a million workers are going to be put out into the street and subsidies and free services will be eliminated within three years.

For ordinary Cubans to see that the future was not a science fiction word, began with the opening for self-employment. Those who have money under the mattress or relatives in Miami who were sending them dollars, could sell cheese pizzas, juices and soft drinks without any worries.

But while the General was implementing his new policies, he launched a message of fear to peaceful dissent. “The streets belong to the revolutionaries,” he said in his report to the Sixth Party Congress. For a while here, the nervousness is clear among the ideological Taliban, veterans of wars associated with paramilitary groups and police and State Security.

For any advance call to the opposition in squares and parks, the tough guys from intelligence expect to angrily block possible celebrations, rallies or street protests. Such polarization often raised tempers.

The death of Soto Garcia is one example. According to opposition sources in Villa Clara, 270 kilometers from Havana, the confrontation began with a discussion between Soto and law enforcement agents. The dispute heated up. The opponent decided to shout slogans and police decided to suppress him with an excess of violence. Forty-eight hours after the beating, Wilfredo Juan ceased to exist.

The causes of the death are unclear. For a sector of the opposition, Soto’s death was due to the brutal beating. Official government bloggers rushed to deny the news, asserting that the cause of death was due to pancreatitis. The government subsequently issued a press release.

The question is not to justify it or to blame each other. A man has died. And in my opinion, the concern is the enormous capacity for hatred that is brewing in Cuban society. A lack of dialogue, insults. If you protest against the government, you get a beating. This escalation of verbal and physical violence must stop…

Nothing is gained. The government should and must accept that there are people who think differently. The street belongs to everyone. The ideological differences can not, do not have to unleash the fury of those who hold power, or its followers. Let’s be civilized. If there is no space open to reconciliation and negotiations, the future of Cuba will always be fraught with hatred. It is not a side issue. It is a problem of maturity and respect for the rights of others.

Sooner or later, Cuba will be governed by democratic rules of coexistence. The cheap bluster and bravado, as heard on the street, of a military retiree who threatens, saying, “Let them take care of the ‘mercenaries’, that if the uproar, the dead are going to be them,” I left a bad taste in my mouth.

If the government of Raul Castro does not take action on the matter and urge caution to police, deaths like Juan Wilfredo Garcia Soto’s will recur.

Wilfredo Soto Juan Garcia was secretary of the Commission for Assistance to Political Prisoners of the Central Opposition Coalition, chaired by the prominent dissident Idania Yanes Contreras. He died at dawn on Sunday, May 8 because of acute pancreatitis, three days after four uniformed police officers beat him for refusing to leave Vidal Park in Santa Clara, city.

The beating led to the Soto being taken to the emergency room in the intensive care ward of Arnaldo Milian hospital. The clinical picture was complicated by illnesses suffered by Soto, diabetes, heart problems and hypertension, all compounded by injuries to internal organs. “Doctors said the beating he was given was on his kidneys, that caused fluid to be spilled affecting the liver and pancreas,” confirmed the opponent Guillermo Fariñas.

Known as “The Student,” Soto Garcia had served three sentences for political reasons, the first when he was just a teenager. He leaves two sons, 14 and 20 years. “The family is affected,” said Farina from the funeral home, where 45 opponents came to say their last goodbye.