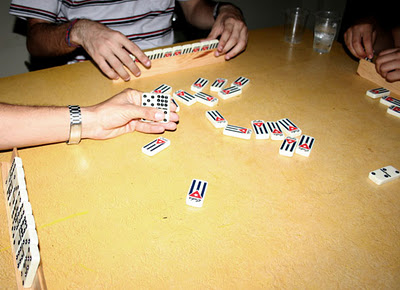 A lock of hair with skin, ripped from the renally bloated body of a heroine (later, the sample will be stolen, who knows if by the family, and can never leave the country for forensic analysis).

Patches of opaque colours that cross out the graffiti and facades of the old luxury neighbourhood of Vedado (for the political police even the graffiti artists with bad spelling are interesting conversation to be converted to their cause).

Pan-American and world sport is on every television in the city (like a soap opera with terrible voice-overs, hoping for a medal, to save this stupid nation at this hour).

Gadafi Mussolini-ised, except in the national press (the mobs are in the streets, whether against Arabic dictators or Latin-American democrats, the important thing is to give everything an irreverent endpoint).

Kidnapping paramilitaries and pathetic pamphlets as resistance: the point of no return has been passed, the resistance was already in tatters and only now we fully realise (that it’s gotten to this point).

The cunning threat of 2012 (the end of an era for our planet; survival in the eternal ether of the most microscopic and stubborn revolution).

Good men encloistered by force in their own homes by other good men with a bad order from above: peace of mind comes from staying put (the domino got stuck and the Cubans are full of double nines and civil commands given from ninths).

Whoever gets involved with economy, knows that sooner or later they will be imprisoned for bribery or corruption: the economy is that, to traffic time, but the state prefers to wait patiently for their chance for revenge (the ruling elite does not want to risk itself for a capitalist or a toy).

The proposed US invasion by the president in power (they are all, however, promptly charged).

Plus the bonus track of an insignificant intellectuality, prenatal, unable even to articulate language out-loud as a clinical symptom of communication.

I nod in front of my computer and I shut up.

I won’t wake up during the 21st Century. Goodbye.