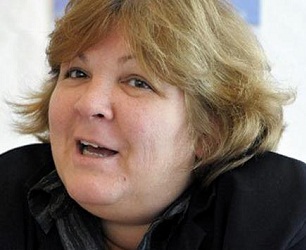 Perhaps motivated by the news confirming that the documentary series “The Life and Work of Ernesto Che Guevara (1928-1967)” will become part of UNESCO’s Memory of the World Register, the eccentric and daring Dr. Aleida Guevara, daughter of the Argentine guerrilla, published a verbal debauchery in the Bayamo newspaper La Demajagua, where she invites all Cubans to visit the Library of Alexandria.

Forgive my ignorance, but I can’t understand what Che Guevara has to do with Ptolemy; and, ignoring this trifle, her writing seems more like a travelogue written under the influence of mate de coca.

And if the doctor’s invitation is paid for by the government, as she is, then we’ll meet in Alexandria. I would like that.