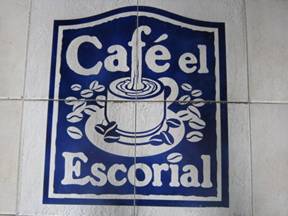 Some unsuspecting tourists who I ran into at Cafe El Escorial, Plaza Vieja, asked me, in the course of a friendly conversation, why don’t we Cubans solve our own political problems like the Libyans or Syrians.

Without going into too much detail, I tried to explain that our situation was somewhat different and that Cubans, tired of failed violent solutions to resolve our political contradictions, for some time have chosen to do so peacefully.

I told them that since the establishment of the Republic in 1902, violence has always been our first choice to resolve things, perhaps influenced by the many years of armed struggle for independence, and that far from achieving independence, it had made things worse.

So it was, I explained, in the so-called Revolution of ’33 against Machado,with a lot  of attacks, sabotage, bombings and fireworks and other acts of a terrorist nature that, although they overthrew the dictator, laid the foundations of gangsterism and subsequent violence. This situation was only partially resolved in the year 1940, with democratic elections which confirmed the correctness of peaceful methods until 1952.

Again, in that year, I told them, with the coup and the subsequent clandestine armed struggle, through attacks on barracks and government institutions, bombings, sabotage, fireworks, bombs and gun battles, along with torture and crimes of repression by the authorities, violence was again enthroned as the way, as in ’33, to topple a dictator, and it continues to the present time.

Now, between new opposing forces — the government and its opponents — with different degrees intensity, we have divided families within themselves. So I summarized to them: more than fifty years of sterile confrontations where we bled, have clearly demonstrated the error of the violent option.

In conclusion I clarified that the new generations and those who, despite their advanced ages, have learned the sad lesson of our history firsthand, mostly are betting today on the citizen struggle, which does not mean passivity, but constant activity by word and action.

To some people, I told them, this option may seem slow but, in practice, it is what is shaping the necessary civil society and giving concrete and influential results. The changes that are occurring are still not accepted officially, and although some orthodox in the government don’t want them, these changes are leading to the political, economic and social transition, that the country needs and that citizens demand.

I do not know whether or not I convinced my clueless interlocutors but, as I left, they said they appreciated the explanation.