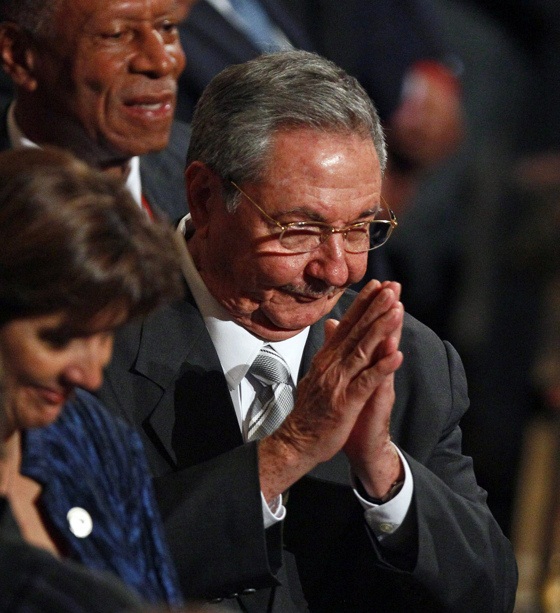 On Sunday, April 14, at 11:45 PM Havana time, the president of the National Electoral Council, Tibisay Lucena, delared Nicolas Maduro, the candidate of the United Socialist Party of Venezuela (PSUV), the winner of the presidential election. More than a few bottles of champagne and Russian vodka were uncorked by Cuban government ministers and military businessmen in a relaxed and familial atmosphere.

The close victory by Chavez’ hand-picked successor — 50.66% of the vote compared to Capriles’ 49.07% — was the culmination of a political campaign orchestrated in large part from Havana.

While the Bolivarian comandante lay dying in CIMEQ, a large hospital west of the city, the Castro brothers offered their services as political intermediaries to the bereaved Chávez cabinet. It was in the Cuban capital that a plan was cooked up and a timetable for succession was worked out. Behind the scenes a script was being written.

Nicolás Maduro rehearsed the score beforehand. The regime did not want any surprises. It was a matter of life and death. Of national security.

Egos, ambitions for power and rivalries among red-shirted comrades had to be put aside. An agreement was patched together in the name of Chávez and Latin American unity.

If they lost the election, twenty-first century socialism would die of starvation. It would deal a death blow to the ALBA trade alliance, whose members included Ecuador, Nicaragua, Bolivia and Cuba.

Without Chávez’ policies of providing oil at cut-rate prices, multi-million dollar loans and subsidies for Latin American social projects, the continent-wide revolution’s days would be numbered.

Maduro’s mission is to continue Chávez’ social policies in Venezuela and to follow the moronic strategies of the lieutenant colonel from Barinas, as well as his confrontational and anti-American rhetoric in the name of Latin America’s insurgents.

Maduro is being asked to be a clone of Chávez. It is all a symbolic drama staged to reinforce pro-Chávez sentiment among the hill dwellers.

There is a little of bit of everything in the cocktail shaker. Allusions to Christ. Recalling the Bolivarian leader through folk songs and hymns interpreted in his voice. And mobilizing all the beneficiaries of the PSUV’s social policies to remind them whom they should vote for on April 14.

According to forecasts by the Cuban government, Maduro should have won by a wide margin, with an overwhelming landslide of 15% to 18%

Maduro himself talked about getting at least ten million votes. But as the days wore on and the country experienced blackouts, urban violence and shortages, many Venezuelans began to suspect that they were being led into a trap.

A difference of less than 235,000 votes in Maduro’s favor can be read in different ways. Capriles improved his standing, gaining a million more votes than he did on October 7, 2012. And at only 40 years of age, he is now a real threat to the ruling party.

During the fourteen years of Chávez’ rule no opposition candidate gained as many votes. Maduro must know that, if he keeps up the polarizing rhetoric and tries to govern only for the benefit of his supporters, half the adults in Venezuela will not feel comfortable about it.

The former bus driver and trade union official from Caracas could choose to make a 180 degree turn and govern for all the people in the manner of former Brazilian president Lula da Silva. If he leads the nation in an inclusive, modern and coherent manner, he could escape from under the shadows of his ideological father. He could even outshine him.

The county’s internal situation presents a serious test. There are 7.2 million people who do not support the pro-Chávez agenda. With Hugo Chávez’ corpse growing cold, and the economic and social situation in Venezuela continuing on its precarious course, Maduro has no other choice but to listen to all political opinions.

The opposition has been strengthened. If they devise effective strategies, they could attract more supporters. Chavismo could see several hundred thousand people desert if Maduro does not govern with complete independence.

It has been a Pyrrhic victory. It is possible to discern a maze of confrontations. The atmosphere could keep heating up. Maduro is obligated to govern for the good of all Venezuelans and to develop the country. It would be a big mistake if he continued his predecessor’s practice of bleeding the state-owned oil company, PDVSA, to provide bonuses to other countries on the continent.

Cuba’s autocrats know that the alarm bells from Caracas could sound at any moment. Raul Castro will “slowly but steadily” continue with his tepid economic reforms. Nicolás Maduro’s victory has provided a burst of political oxygen. It has bought time. What no one knows is how much.