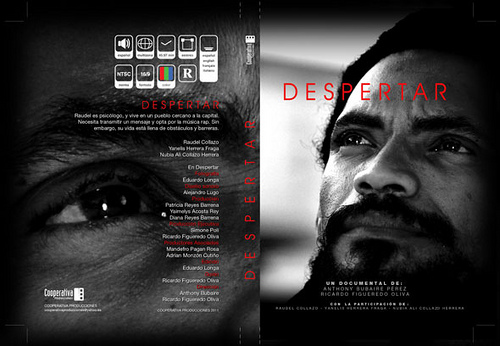 Gustavo Arcos With Regards to “The Higgs Particle,” by Fernando Perez

I did not want to overlook a significant event that occurred a few days ago. While we were participating in the successful Film Critique Workshop, Fernando Perez quit his job as the director of the Young Filmmakers Exhibition, an even that, thanks to its vision and what it delivers has become an irreplaceable audiovisual reference point on the Island. Reading your blog, its text THE HIGGS PARTICLE, with the echoes of our recent debates about the cinema of the 70s fresh in my mind and encouraged by the workshop, I have to express my complete support for Fernando who, once again, has shown his ethics as an artist and as a Cuban. At the same time, I can’t but be alarmed by the silence of so many filmmakers, young and veterans, with regards to it.

Over ten years ago, in a text published in Revolution and Culture, titled Noises in the Warehouse, I expressed my point of view about the state of audiovisual production in the nation, from the emergence of the new generations and the weakening of the official industry.

I said then, that the main problem I saw was this fragmented creation was precisely its weakness as a generation. Everyone seems to be staring at their navel, without really taking sides for the fate of their cinema. For them the important thing was to create, make, film, tell their stories and express themselves without a sense of belonging to anything, with a fidelity to anything outside themselves.

A little later, we saw the first symptom of it when Ian Padron saw his documentary Out of Season censored, without any of his contemporaries saying one word about it publicly. The Young Cinema Exhibition itself has seen, year after year, how diverse materials are “uncomfortable” for this apparatus that is faceless and nameless but that prohibits, cuts, limits and silences, works created by the youngest artists.

The documentary Revolution was the object of derision, polemics, arguments and dismay two years ago, although the Exhibition managed to show it and even give it a prize, other later Festivals refused to register it under pressure from “on high.” Significant movies like Family Video, the aforementioned Out of Season, and the documentaries Of Divers, Lions and Tankers, The Illusion, Havana Looking For You, Utopia or Revolution, still have not shown in our theaters or on television, in a natural and commercial way. I only mention a few that have won awards and have been considered, by the critics, among the most prominent films made in Cuba in the last decade.

When Fernando Perez signs his text and remembers his position as an inclusive project manager, who has for year been a leader against every kind of “external forces,” those who love art and cinema should be at his side, although for them they have to paralyze the Exhibition. Never mind here if the documentary censored now is any good, successful, or mediocre, what matters is the common position the younger creators should take and also for those who are or not, with this attitude that censors and bans.

If the ideologues, or the functionaries of ICAIC, believe that a documentary can cause the fall of a system, an idea, a societal project, then little has been achieved over the last 50 years.

If a film, however realistic or critical it may be, leads to the bureaucracy or the mediocrity censoring it, worried about the “ideas” expressed in it, it is simply a sign of the total failure of this will and the extraordinary weakness of this political project.