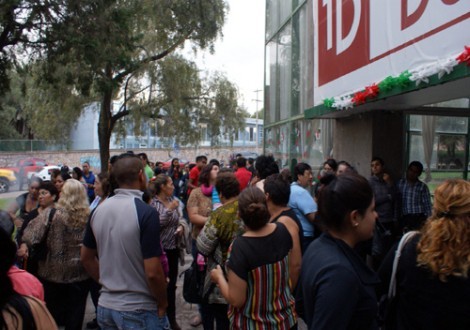 Durango, Durango (Agencias) — The coronation of Miss Gay 450 Durango was just coming to a close in the IMSS Theatre here when a group of unknown people threw containers of tear gas into the crowd in order to clear out the 600 spectators and participants at the event.

The president of the organization “Nosotros Nosotras Durango,” Tadeo Campagne Noriega, said that the culprits had not been identified, but he noted that it was a very worrisome situation.

He pointed out that PRD deputy in the local Durango Congress, Israel Soto Peña, proposed discussing a law regarding equal marriage in this Mexican state.

After the sad attack, Tadeo Campagne demanded the authorities in Durango to firmly support the LGBT community during this type of event. He then mentioned that there were various radical religious groups capable of realizing attacks such as this.

He also indicated that they would take legal action and lodge a complaint regarding human rights, since during the attack not only were there members of the LGBT community, but also entire families and even young children.

Ezequiel García, president of the Gay Association in Durango reported that it was two women who spread the pepper gas, affecting contest participants as well as attendants.

The Durango LGBT community remains alert for more attacks and asks for the support of the authorities. 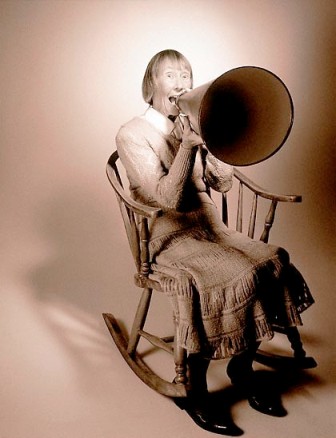 According to the ideologues from the Round Table (think tank — and a TV show on Cuba’s government channel), one of the fallacies of Capitalism is the so-called freedom of expression. Such a fallacy has managed to deceive its citizens. To find a catharsis without taking you into account; to make believe that insulting the leading politicians of the country is freedom of expression; to shout in the street or to try to publish something “that doesn’t conform to the newspaper’s editorial line,” where behind this tangential denial, one can see the circles of power, it is the confirmation of an ever more disguised way of censorship denying the true freedom of expression.

It is not clear, so I get it is implied that for the ideologues, the true freedom of expression is in the Granma, indeed in Friday’s Granma. national variant to protest in the street or developing alternative proposals, using the media (one may apply the above text between quotation and what follows).

The ideologues mentioned above soften the assertion that in all countries and in all systems there are limits on freedom of expression, and it seems logical that in the debate of ideas the best solution can emerge, however, once the objective is defined, it’s only valid if it’s a common objective. A very nice way to gift wrap the well known Democratic Centralism. In a real battle of ideas, in the political future of Cuba, the only common objective should be the national good. Voting should decide the direction of the country, which I hope will be far from the current unanimity.

So if we’re talking about cheating, don’t forget that virtually the entire active Cuban population, potential actors in the political future, have been educated to believe that a change would always be worse, that a change would take the country backwards to the situation prior to 1959, that a change would deprive citizens of property and social rights such as education or health. I can perhaps with freedom of expression that I have, change the perception? I prefer, in that case, the illusions of citizens of other countries to the lack of enthusiasm of the Cuban citizen.