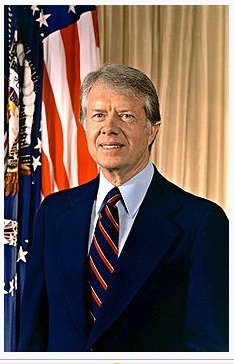 In a context of allegations in the media about an alleged war in cyberspace against Cuba, the former U.S. President Jimmy Carter has just arrived on the island invited by the Cuban Government. The significance of the visit is that Carter, during his presidency between 1977 and 1981, obtained significant results in foreign policy. Among them were treaties, including the Panama Canal treaty, the peace accords at Camp David between Egypt and Israel, and the SALT II treaty with the USSR, and the establishment of diplomatic relations with China and opening of the U.S. Interests Section in Cuba.

After leaving the White House, Carter stood out as a mediator in several international conflicts, promoting democracy, defending human rights and promoting economic and political development of peoples, for which he was awarded the Nobel Peace Prize. He has also been the only U.S. President, in or out of office, who has visited the island since 1959. To this must be added that during his visit to Havana in May 2002, he held talks with the Cuban government and with political dissidents, and in his speech at the Great Hall of the University of Havana, he issued a mediation proposal: ending the embargo and holding free elections in the country. Then, in June 2005, he urged the closure of the prison at Guantanamo Bay. If to the above is added that the United States, less than 100 miles from Cuba, is the third largest country in the world by land area and population, and its economy ranks first, it is not hard to see what the normalization of relations between both nations could represent for all Cubans.

In a small reflection entitled, “Confrontation: A Strategy?” published in June 2010, I stated in one paragraph “Despite government resistance, the relevance of civil liberties obliges, sooner or later, a domestic policy change and from that projects foreign relations based on dialog as a principal and permanent strategy. Then, we must begin to release all political prisoners, ratify human rights covenants, develop the legislation to implement such covenants, and open a national debate on issues that affect us, so that Cubans can participate as subjects in the destiny their nation. It is simply an issue of timing.”

The Cuban model has failed in its principle purposes, with the exception of the “merit of resisting the enemy” and the country is immersed in the deepest crisis of its history. Once the process of releasing the prisoners has advanced, the possible exit from such a critical situation must, sooner or later, involve normalization of relations with the powerful neighbor to the north. It is, therefore, imperative, and without further delay, to retrace the paths forged from the political realism for the welfare of the Cuban people.

The foreign policy of States, which derive from their internal policies, in Cuba have been reversed since 1959. At that time, during the Cold War, the Cuban government was defined as follows: Between the two ideologies and political and economic positions that are being discussed in the world, we have our own position. However, the nationalization process undertaken with the Agrarian Reform Law in May 1959, affecting the U.S. geopolitical interests, led to the deterioration of relations until the conflict took center stage in politics. Thus began a career of measures and countermeasures that subordinated domestic problems.

In 1960, the U.S. President ordered the preparation of an armed force of exiles to invade Cuba, and Cuba’s government responded with the restoration of diplomatic relations with the Soviet Union and intervened with the oil refineries. The U.S. Congress authorized the President to cut the sugar quota and the Council of Ministers of Cuba granted special powers to the President and the Prime Minister to nationalize American companies. The United States dropped the Cuba sugar quota by 700 thousand tons and the Soviet Union announced the purchase of that sugar. Fidel Castro nationalized the majority of American companies based in the country and the Organization of American States condemned Cuba, while the U.S. government decreed a trade embargo.

In 1961 the United States broke diplomatic relations with Cuba in April and sponsored the Bay of Pigs landing, while Fidel Castro, who had already proclaimed the fulfillment of the Moncada program, declared the socialist character of the revolution. In 1962, President Kennedy ordered a naval blockade in response to the installation of Soviet missiles in Cuba, giving rise to the October Crisis that put the world on the brink of nuclear war. The presence of Cuban guerrillas in several countries of the region; the Torricelli and Helms-Burton Acts in the nineties; the creation of the Commission for Assistance to a Free Cuba and the Liberty Fund in this decade, are some of those moments derived from the original democratic project to another eternal resistance.

For Cubans, the main damage of the dispute consists in the contradictions between state and society, which facilitated the removal of civil society and determined the current impasse. After half a century of confrontation, beyond the material losses and limitations on civil and political liberties, the worst outcome is reflected in the thousands of Cubans who have given their lives in wars, trying to cross the Straits of Florida or to overseas military missions, which, together with the victims of family separations, the enmity generated by ideological reasons and traumas, have resulted in a totally negative balance from the anthropological point of view, which makes it imperative to turn the page from confrontation to enter the pages of understanding, dialogue, collaboration and reconciliation.

With the chapter of winners and losers exhausted, the new U.S. policy toward Cuba could be a great opportunity. For the Cuban government, rather than a response to the measures that have been dictated by the Obama administration to loosen restrictions previously imposed, the government should use the visit by Carter to take final steps in favor Cubans themselves, victims of conflict between the two countries that have regressed to rights from the colonial era. The thesis put forward so far to not change anything until the other changes, is out of time and place. A responsibility resides solely with the people in power right now, to try to start again from square one.