Recently, the Cuban government has been quite busy trying to find justifications. The death of Juan Wilfredo Soto in Villa Clara, the beating of various Guantanamo natives from the Tabio-Ramirez family, and two or three more arrests with beatings confirm the accusations of assassination.

A few days ago I received a document, which I have attached at the bottom of this post. In it are the guidelines of a business in the province of Holguin to repudiate dissidents and other social non-conformists with sticks and iron bars. The photo on the upper part of this post was published by me nearly two years ago. At the time, a reader suggested that it was just a “set-up” because it looked like it was the living room of a house. Today I can reveal it. The photo was taken in the tobacco factory of Antilla. There, they had those metal tubes hanging, visible to the eye, but later they placed them somewhere less visible.

The director of the Holguin business whose document I am today sharing with you is a loyal defender of the supposed benevolence of the Cuban revolution. Among the directions there are two very interesting aspects: 1) that the members of such squads must never reveal that they are sent by the police or by the communist party, and 2) the arms being used must be rustic. The iron bars must be wrapped with cables so that it may seem as if it has been an act of the “infuriated people” who take to the street to defend socialism.

A strange and clear connection joins these directions: the report made by Raul Castro to the PCC Congress and the death of Juan Wilfredo Soto. The beating of the Ladies in White before the eyes of international reporters, the violent arrests in Holguin, San German, Placetas, Matanzas, and Pinar del Rio are all part of the same axis. The Rapid Response Brigades sharpen their sticks and bars, and there never seems to be a lack of people who defend these crimes.

Today, I have sent more than five Twitter messages in which I denounced the disappearance of Caridad Caballero Batista ever since the 25th of May. Can it be that we are nearing the day of “Where do the disappeared go?”

Here is the document: 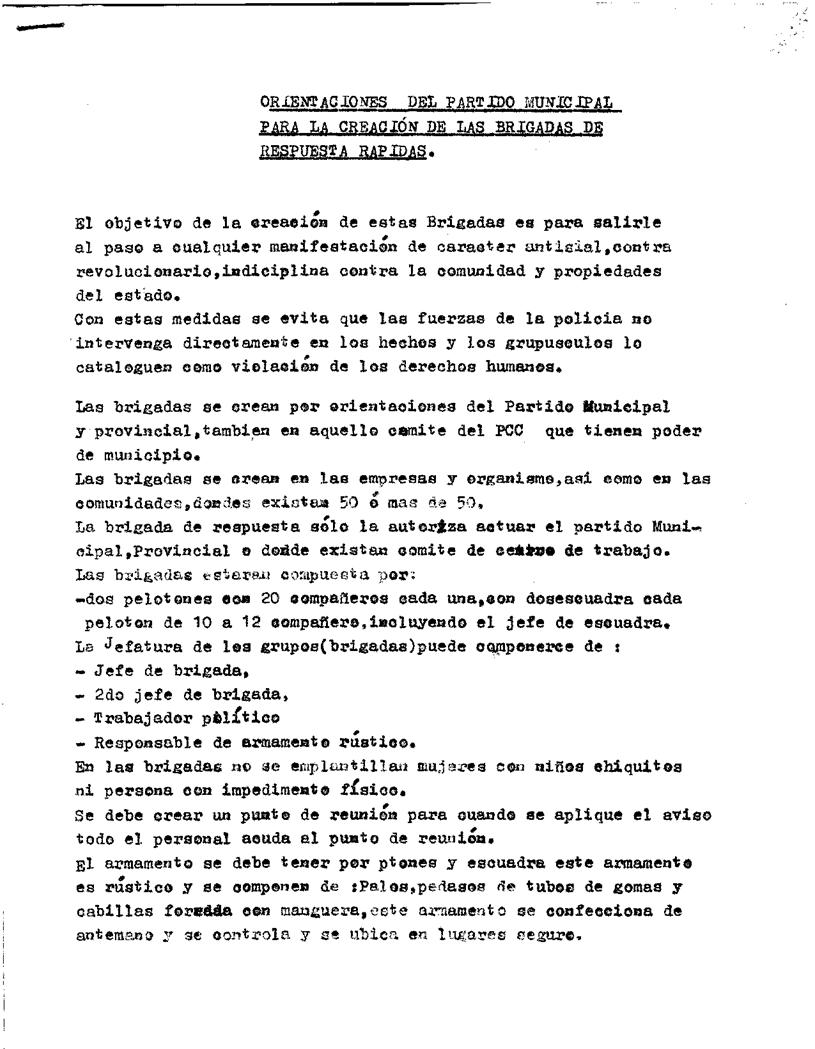 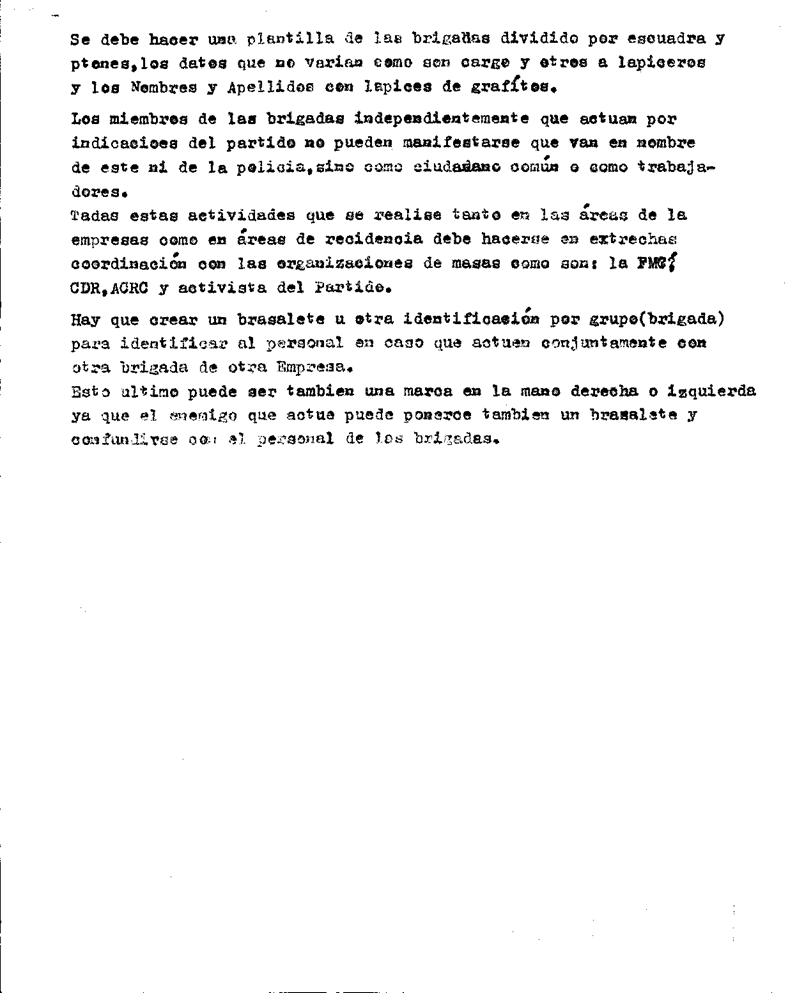