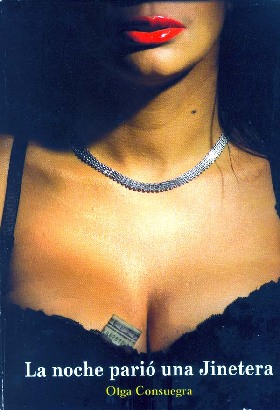 When Roman, a tall, skinny guantanamero, who has spent three years living clandestinely in Havana, feels a burning sexual desire, he plans his binge.

After working 12 hours selling trashy textiles and pirated tennis shoes in a street fair on Galiano, which brings him daily earnings between 20 and 30 dollars, he goes to the small room he keeps rented for 40 dollars a month in the San Isidro shantytown. He bathes and shaves. He puts on a bright pair of jeans and pours a strong, cheap cologne over his whole body.

To accelerate his libido, he takes half a capsule of Viagra, sold on the black market for a dollar each. Earlier, in a cafe near the Casa de la Música in Central Havana, he calmly drank five or six ice-cold bottles of Bucanero beer.

After a bit, the whores start to congregate. There are two ways to deal with the hookers in local currency. Either wait for them shamelessly to come to you to make their offers, or by that universal body language of prostitutes, you see what vibe they’re presenting.

It’s all easy. Sex-hungry men like Roman already know the pimps for many prostitutes. There is something for everyone. And prices. You can have a quickie for two dollars in the bathroom of the cafe where you’re drinking beer, or in a dark corner of the many dilapidated buildings in Havana, they will suck you till you finish. Always with a condom in place.

If you want something different, you have the option of hookers a la carte. Black, white or mulatta. Equally, you can have two on your arm, to make a picture of lesbian love. If you pay extra, you can take them home. In that case, the pimp asks you “please don’t abuse them or give them drugs.”

At any time of day in that kilometer of Havana geography that includes Chinatown from Zanja Street up to Central Park, a legion of kids have a trained eye to spot the guys who are looking for hookers.

Osvaldo, a young mulatto who spends several hours in the gym every day, is one of those who lives off his women. He has six working for him. “I live by my pinga (penis). That’s what God gave me. A good cock and the power of seduction. I was once arrested for pimping. But this is a business that lets you make money without getting your hands dirty. Now the police are less strict. And I work without much pressure. The ideal thing is to hook up yumas (foreigners) with my girls. But there are now many Cubans with money, and they are more generous than foreigners,” he says while scanning the scene.

There are also independent hookers, like Julianna. She doesn’t have a pimp. “All the money I make is for me. I have to take care of my sick mother, who suffers from nerves, and a 5-year-old son. After 8 pm I pay a woman to take care of them both and I go into the ‘fire’ (the street). I do well,” she says. The only thing she asks is that the guy be good looking and bathe before having sex. “Oh, and to not be stingy.”

Dedicated to the “meat market” (prostitution), several houses in Central Havana are for rent. Some are comfortable and air-conditioned homes, which typically charge five dollars an hour. Others are true joints. Hot, humid rooms that look more like the cache of a terrorist than a place to fornicate.

These shacks charge a dollar an hour. They are preferred by Cubans with few resources. Roman, who turns over money every month to his mother and three children in Guantanamo, would rather pay for a cheap room.

All the hookers carry condoms. Some even keep in their bag in a sharp awl or a Swiss army knife recently sharpened. “It’s that sometimes the guys get nasty or will not pay or try to give us a beating,” says Tatiana, one of the hookers swarming around Monte Street.

By nightfall, the prostitutes have multiplied. The pimps drink rum in the bars and parks nearby, while their women are “working” outside. Specialized police in their black uniforms with their German shepherds don’t even see them. There are so many prostitutes it’s frightening.

Photo: Cover of the book, The Night Gave Birth to a Hooker (2006, publisher Manati, Dominican Republic), by Olga Consuegra, writer and screenwriter based in Santo Domingo. In the book, 22 Cuban prostitutes in the Dominican Republic recount how they started hooking in Cuba. Today they are known by Dominicans as “imported hookers”. The only man interviewed is the owner of a brothel.

In a review published in the Journal of the Americas in December 2006, journalist Luis de la Paz wrote: “Many have college degrees (veterinary, engineering), [and are] professionals in different fields. All left Cuba for a better life and in most cases continued in the ancient craft. So they were not led into prostitution by their status as migrants, but were brought to this task by the tyranny that rules Cuba, that has made prostitution into a way to survive, something which, unfortunately, is not deeply discussed in the book.”