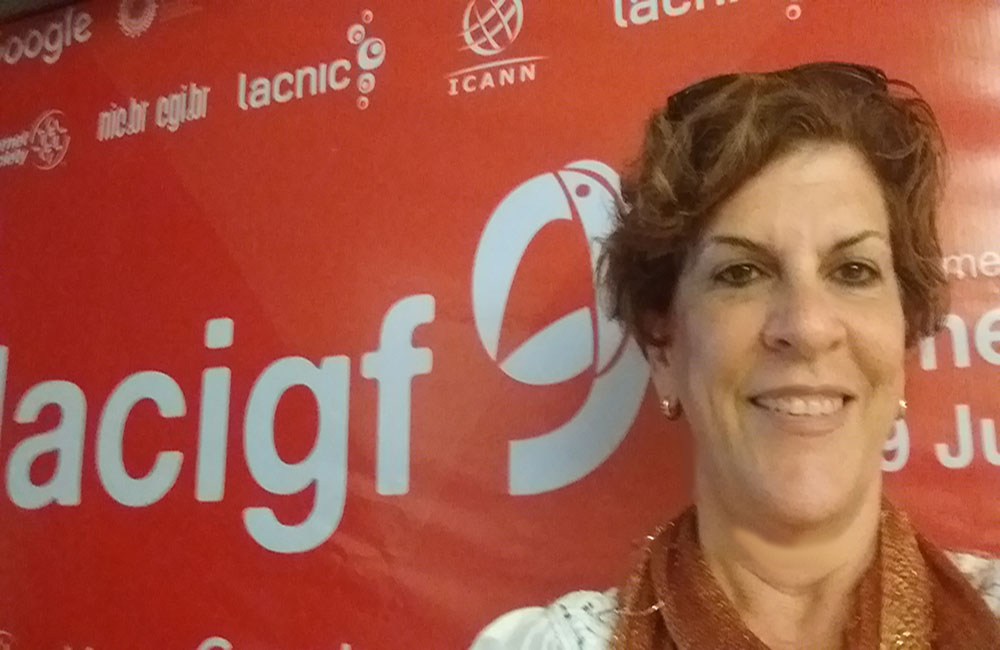 Ideas shared at the Internet Governance Forum events of the Internet Society of Latin America and the Caribbean, which recently took place in Costa Rica.

Regina Coyula, 5 August 2016 — Now recognised as a human right by most people and most governments, internet access in Cuba has been a bumpy road. Cuba connected to the internet in September, 1996. The first dial-up internet access, by telephone, was via government information offices, although some users could access email .cu from their homes.The speed of the noisy connection through a modem some three or four years ago, hardly got to 50-56 kbps.

In 2010 news came out of the extension of a powerful underwater fibre optic cable, from Guaira, Venezuela to Santiago de Cuba. According to the report, this cable would be the solution for data transmission speed; we would no longer depend on satellite connections. When the cable reached Cuba, for nearly four years its use was a mystery – something was happening, therefore there must be something there. The last mile, most of us thought, was the expensive technological challenge which was delaying access for the public. But a solution was found in the form of wifi connections.

In a little under three years, they opened internet rooms in diifferent parts of the country, at a charge of 4.50 cuc an hour. That availability did not increase until 2015 with the provision of wifi points in principal town centre locations. ETECSA (Government-owned Cuban Telecoms Company) only offers services at home to foreign residents in Cuba, to officials and to certain personalities and journalists.

There are various information networks which make up the internet (Informed, Cubarte, Rimed, Upec, etc.). The great majority of their users don’t have internet access in their homes. Those who do, have an access packet of 25-100 hours a month.

Universities, and some colleges, offer access. Students have an increasing allocation (250 Mb a month in their last year of study).

When you hear talk in the press and in international forums about percentages of access to the internet, above all they are referring to the above-mentioned Internet which is generally limited to .cu sites, to an email provider and some news sites.

Cuba, with illiteracy erradicated, free education, and with a high percentage of university professionals, technicians and skilled workers, has the lowest level of internet penetration in the region.

One hour of connection now costs 2 cuc, and the average salary is about 20-25 cuc a month. People use their connection time mostly for communicating with family and friends. Use of mobile data in the CUBACEL network costs $1.00 CUC for every MB and is only available by going into the email service @nauta.cu.

People don’t know about the power of social networks to help them get organised and achieve consensus about things which matter, from local issues up to the desire to elect the President of the Republic. In fact, many people imagine that Facebook IS the internet.

The internet has not been free from profound ideologisation. If the terms of the embargo laws imposed by the US government have particularly impacted IT, it is our duty to insist on the importance of eliminating the internal blockade on information and vindicate the open and democratic character of the internet, wihout any censorship of the contents or personal opinions inside or outside of the web.

An additional factor in Cuba is that video gamers, prevented from gaining access to the real internet, have put together a cable connection which is free but contributory, which nowadays is not used just for games but also for online chat and the notorious Weekly Packet, which the authorities prohibit  but cannot sanction as it is not for profit.

Make public internet connections, where you now have to pay, free.