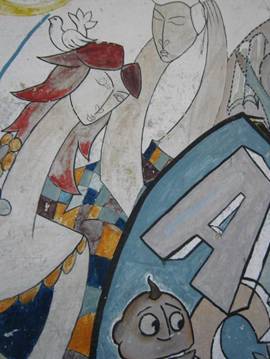 The venue for this year’s parade will once again be the Plaza of the Revolution, which for some is still Civic Plaza. One new aspect in particular will stand out.

For the first time in more than fifty years self-employed workers and owners of small businesses will take part. They are already unionized.

So, will these new people be pressing for labor concessions – something prohibited under socialism – or will they simply be supporting the Revolution and the Party, and demanding that the American imperialists release the five spies. . . I mean, heroes?

I really do not understand this. One of the greatest aspirations which all workers supposedly have – workers who in one way or another have managed to distance themselves from the State in order to make a living – is specifically not having to take part in parades, shout slogans, or support and sign statements in favor of socialism.

Will this be merely a display of cowardice? If they are attending this gathering out of a sense of conviction, they should be applauded. But I fear that even in the private sector a double standard is becoming evident. It is an indication that they by no means consider themselves to be free men and women. I respect the decision they have made. But what they are aspiring towards is to be treated with respect by the State itself, which not only manipulates them at whim, but also burdens them with excessive taxes, sells them wholesale supplies atalready inflatedretail prices without any special consideration, while unleashing on them a herd of ravenous inspectors. And, though no one will say so publicly, they are considered to be cowards by society itself. Is this the way we pretend that change is taking place in the country?

The changes will only be successful after a resurgence of civil society. But for that to happen, it is necessary to discard the heavy ballast of our induced fears and double standards. If you do not violate the country’s laws, no matter how unjust you feel they are, behave like a respectable citizen, and neither defame nor cause harm to others, then what is there to fear?

I believe that now is time to think before acting, to no longer continue drifting along on the already weak current of an almost dry river on the verge of disappearing.