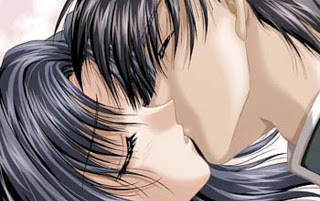 It happened in Chile.  A sadistic Chile.  No one should forget it.

It was in a criminal Chile which was Castro’s gift to Chilean communists, forcing that country to choose between the intervention of the military or a perpetual communism, Cuban style. Typical of Fidel: the Comandante’s options have always been the same, those two, indistinguishable:  death your way, or death my way.

In the seventies, the Cuban Revolution had to make one thing very clear when it came to international intrigue:  the Chilean way was a piece of shit, the only option for communism was a battle to the death against democracies.

Allende was the happy puppet of the Island and of Moscow:  a mad and half blind lawyer, with even a little Garcia Marquez in his build, who at the end must have faced some ultimatum from Cuban security itself at La Moneda, so that he would not accept the exile with which Pinochet wanted to humiliate him.

She was called Alejandra.

Alejandra de la Muerte.  She was more than a communist, she was a criminal.  Like all of them then.

When she fell in the hands of the military thugs, she didn’t risk being able to stand even the very first of the torture sessions.  She also didn’t know how to kill herself (normally it’s much easier to kill others).

She was brave.  She surrendered and that was that, in advance.  She accepted everything, paid the price of being a human rag-end, so  long as she could reach the future, so long as she could reach the democratic Chile of today and then dynamite it all over again.  She gave up false names, and names it made no sense to name, because death had reached them before her naming.  But here, some malevolent mind looked her in the eyes and said:  skinny girl, cookie, you will be our exterminating angel.

And they would take her for rides, on outings.  To take the air through a cemetery called Santiago de Chile, between the mountain and the ocean, in ice and desert, between death and death, just as Fidel asked of his colleague Pinochet.

Horrifying that this occurred in America, in the plain light of day, in the twentieth century.

They would put skinny Alejandra in a car and take her out like a hunting dog on a chase, to name accomplices, to destroy the destinies of survivors.  Alejandra de la Muerte had to recognize her old comrades, had to condemn them to death with a finger:  that one, that one, that one…

That one, that one and that one, Alejandra, you killed them, you did.

The assassins only stalked them by conviction, because that is how dictatorships render judgments, even the Cuban one: by pure conviction.  And they killed them thanks to that angel Alejandra, who never died because she was an angel, and so she outdied everyone and everything, until she became a professional, even though she had been condemned to death by her comrades in clandestine worlds in Havana and Santiago, with the funerary bugle ringing between Washington and Stockholm.

A car crammed with torturers, a perfect red Lada.  Alejandra surrounded by death and promoting the death of Chileans thanks to the Cuban Padre de la Patria.  Death more death more death: the formula of fidelity.  Alejandra recognizing her old friends walking free on the street, or some old lover, or sometimes, for the sake of pure humiliation, she would finger some innocent who was then condemned to die.  All of it, everything, just so that her life could give testimony of what a human being can do to a human being in the sacred saintly name of Revolution.

How can one survive those limits and justify oneself? I tell the story suddenly and suddenly I want a suicide, for her, for all of Chile, for Cuba somehow, for me.

Alejandra, kill yourself now, my love.