The exclusive news was first offered by Cuban TV’s Havana Channel, in an evening program on Wednesday July 31, 2013: six people had died and 40 remained hospitalized due to ingestion of methyl alcohol (wood alcohol). According to official investigations, alcohol came from an Institute of Pharmacy and Food warehouse. Stolen by two employees who had access, the alcohol was then sold illegally by a woman from Arimao, in the municipality of La Lisa, where all the poisoned individuals also resided.

It unofficially appears that said illegal dealer is a marginal person of low and irregular income and that her son was among the disadvantaged people who died.

In the days that followed, the National TV News and the written press have continued to update some facts about the case, while taking advantage of the tragedy to highlight the niceties of the Cuban health system and to stress the efficiency of the work of the Integrated Medical Emergency (SIUM) and Toxicology. There have also been testimonials, more ridiculous than moving, of some survivors who have promised their families, “and the Revolution”, that they will stop drinking, as if, in tandem with the bad experience, they had overcome the existential miseries that have pushed them to alcoholism, or as if, ultimately, they were not victims of the illusion they insist on calling “Revolution”.

So far, there have been 16 deaths, several people remain admitted and others have been discharged from hospitals, while they are still reporting some additional cases of poisoning, even in other municipalities, and a combined operation of the National Police and the Ministry of Public Health continues to be active, with a command post set up in a school district to monitor the situation. 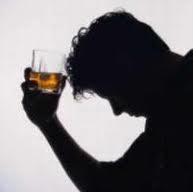 (Image from the internet)

At first glance, what transpired in a Havana neighborhood might seem like a single isolated event, but such an impression would be misleading. While the high cost in human lives conveys unusual sensationalism to the official press, in reality, it is just the tip of the iceberg, the most visible external manifestation of a generalized crisis arising from economic collapse, the failure of the system, the lack of prospects, hopelessness and loss of values. Only under Cuban conditions or under those of other societies as broken as ours could similar events take place.

This time, there was the combination of rampant corruption, widespread alcohol addiction and low purchasing power of the poorest sectors of the population, all factors that contribute to the trafficking of various toxic substances in the illegal markets.

In fact, illegal trade of alcohol is widespread in the capital, where almost all neighborhoods have one or several of these dealers of spirits of dubious origin and composition, both from clandestine stills and from thefts of legal networks of stores and warehouses. Though trafficking and consumption have always existed, they have proliferated since the 1990s’ crisis, when even the ration card, unable to keep up the hefty subsidies of previous years, guaranteed a monthly quota of rum for each family nucleus.

Cubans with better memories will certainly remember the weekly meetings of the leaders of the [Communist] Party and the Popular Power, televised every Tuesday, which the people dubbed “Meeting of the Fatsos” because of the participants’ glowing looks, in contrast to those of the hungry and emaciated population. In one of the reunions the then First Secretary of the Provincial Committee of the Cuban Communist Party, Jorge Lezcano, cynically stated that what the population could not lack was rum. Alcohol consumption was, therefore, an official policy aimed at dulling people’s thinking: alcohol to forget our frustrations in the midst of the worst shortages in the last century of Cuban history.

As a consequence, alcohol consumption has increased through the years, at the same time as the average age of its consumers has significantly decreased.

For years, Cuban wit has dubbed these concoctions with different names which, in the way of the marginal language, translate into the effects of their ingestion: mofuco, tiger’s laughter, man and earth, train’s spark and the like. Though trafficking and consumption have always existed, they have proliferated since the 1990s’ crisis, when even the ration card, unable to keep up the hefty subsidies of the previous years, guaranteed a monthly quota of rum for each family nucleus. On the other hand, in a country where life offers more frustrations than expectations, it is not surprising that alcoholism has reached truly alarming levels

Thus, the misadventure of several dozen drunks has fired off the official alarms and, this time, events have cut across to the media, but the overall decay of the system is evidenced in all areas and levels of national life, far exceeding the government’s ability to address the crisis. It is the metastasis of a terminally ill system, without the means to cure the nation’s moral unhealthiness

The continuous succession of events demonstrates the irreversibility of corruption under this government: officials who get corrupted, illegal markets that grow and diversify, increases in prostitution, alcoholism and drugs.

There is little left to defend of socialism Cuban style, let alone the kindness of a system where the reality exceeded the macabre and corruption is a means of survival. Today, Cuba is a country where it is possible for stolen human fat from a crematorium to be traded as if it were pork fat, where you can buy a school exam, a surgery or a dental prosthesis, where individuals can applaud an official speech, attend a “Revolutionary” march and steal from the very government they pretend to support, where dozens of mental in-patients at a hospital can die of hunger or cold weather, and where most of the objectives are enclosed in the perspective of an exit with no return.