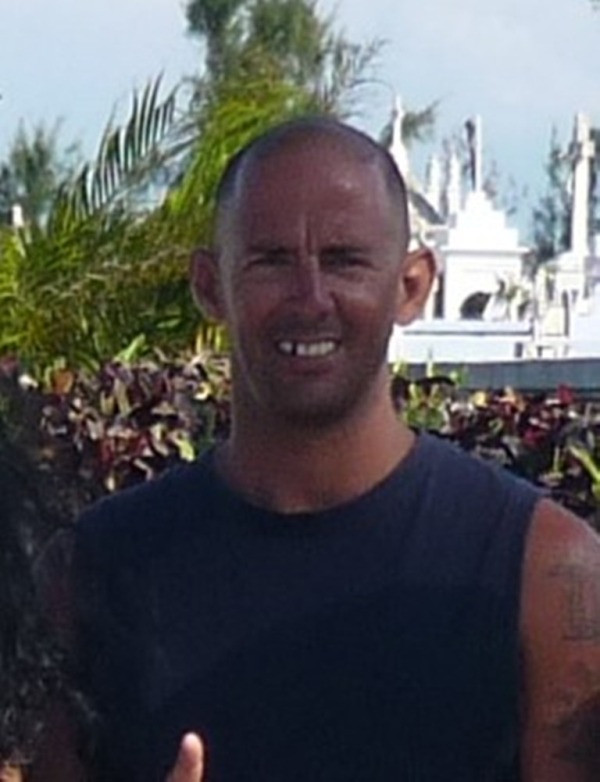 Known by the name “Akiro,” thanks to his martial arts talent and his involvement with combat sports, Juan Luis Rodriguez Desdin has been confined to the provincial jail of Holguin. There, he has been condemned to suffer two years due to a supposed act of “disrespect,” which in Cuba can be anything from informally addressing a cop, lifting a fist to a G2 official, or mentioning the name of the mother of the “Reflector-in-Chief”* in an unimaginable fashion.

On this past 21st of September, Rodriguez Desdin sewed his lips shut with a wire to protest how the authorities had cut telephone communications with his family members. He stayed like that, with the wires, until the 23rd when they decided to allow him the mandatory phone minutes.

Some of the denunciations of the violations that were being committed there have to do with the fact that a common prisoner, Eliecer Sanchez Gonzalez, who is 21 years of age and is confined to the same prison, is kept under high security along with him along with various other prisoners classified as maximally dangerous. Desdin explained that the prison authorities of Holguin have said that the prisoner Sanchez Gonzalez cannot be sent to the center for minors in “La Cuaba” because of his crime, which has been labeled as Theft and Sacrifice of Major Livestock, in other words — he ate a cow. And this a priority level case. Sanchez Gonzalez also stated that in the center for minors they have also put prisoners who have been sentenced for 30 years, while they don’t allow them to be among those who make up his age group.

Desdin also adds that the military officers place the prisoners in the areas that correspond, as a benefit or as a regulation, according to convenience, while refusing other cases, which has led to quarrels, abuses, and theft, an act that constitutes a violation of the rights of people who are imprisoned in the penitentiary.

He also told me in a letter that officials from the Interior Order do not want to offer medical attention to the common prisoner called Maikel Sanchez Martinez, who suffers from nervous system issues, and is suffering greatly under prison life. According to Desdin, Doctor Elvis, who is the director of the prison hospital, is the one who is supposed to order the isolation or hospitalization of the sick Maikel Sanchez. He then goes on to tell me that Sanchez only receives promises from officials and paramedics that are never kept. Other young prisoners who live with this 23-year-old have constantly asked authorities to tend to him but they only receive evasive responses. He also pointed out that the common prisoner, Luis Miguel Arias Cala, a minor of 21 years of age, finds himself confined to a detachment of maximum severity, together with prisoners sentenced under homicides and murders, despite his delicate health.

Arias Cala suffers from a heart condition, with grade 3 arterial hypertension and heart murmurs. He was moved from the “Yayal” prison (commonly known as “CUBA SI”), and the officials lost his clinical history. Because of this, the medical professionals in the provincial hospitals refuse to treat him. Desdin argues in his letter that such a responsibility falls directly to Dr. Elvis, who refuses to proceed as the norms require.

In the same letter, he continues detailing the serious health situation of the prisoner Ramon Herrera Delgado, who suffers from a progressive withering left arm, loss of vision on his right eye, and constant headaches, without any effective medical treatments on behalf of the doctors.

The political prisoner Rodriguez Desdin adds that Herrera was sentenced to 6 years under the pretext of armed robbery, yet he had already been taken to the Axial Computerized Tomography (Somaton), in Santiago de Cub,a when he was sentenced for buying a copper wire to sell in a re-collection store where he used to work.

The officials of the Order of the Interior from the provincial prison of Holguin informed Herrera Delgado that his clinical history had disappeared. Such lost documents have led the doctors of the V.I. Lenin Hospital of Holguin to refuse to give him any treatments or to carry out any medical exams. Amid such a situation, Ramo Herrera and his family have spoken out, but Dr. Elvis, the director of the prison’s hospital, has not decided to carry out a medical exam to solve the issue, said Rodriguez Desdin.

Juan Luis Rodriguez Desdin is a delegate of the Political Prisoner Association “Pedro Luis Boitel” in Holguin, and is also an activist of the Eastern Democratic Alliance.

When I finished composing this post, I was informed of the good news that Rodriguez Desdin had been nominated for the Carlos Manuel de Cespedes Dignity Award this year. It is something he deserves; he has more than demonstrated his worthiness. That prize had been previously given to Orlando Zapata Tamayo, Jose Daniel Ferrer Garcia, Juan Carlos Herrera Acosta, and other brave prisoners from the Eastern region of Cuba, due to their honorable behavior under prison conditions.