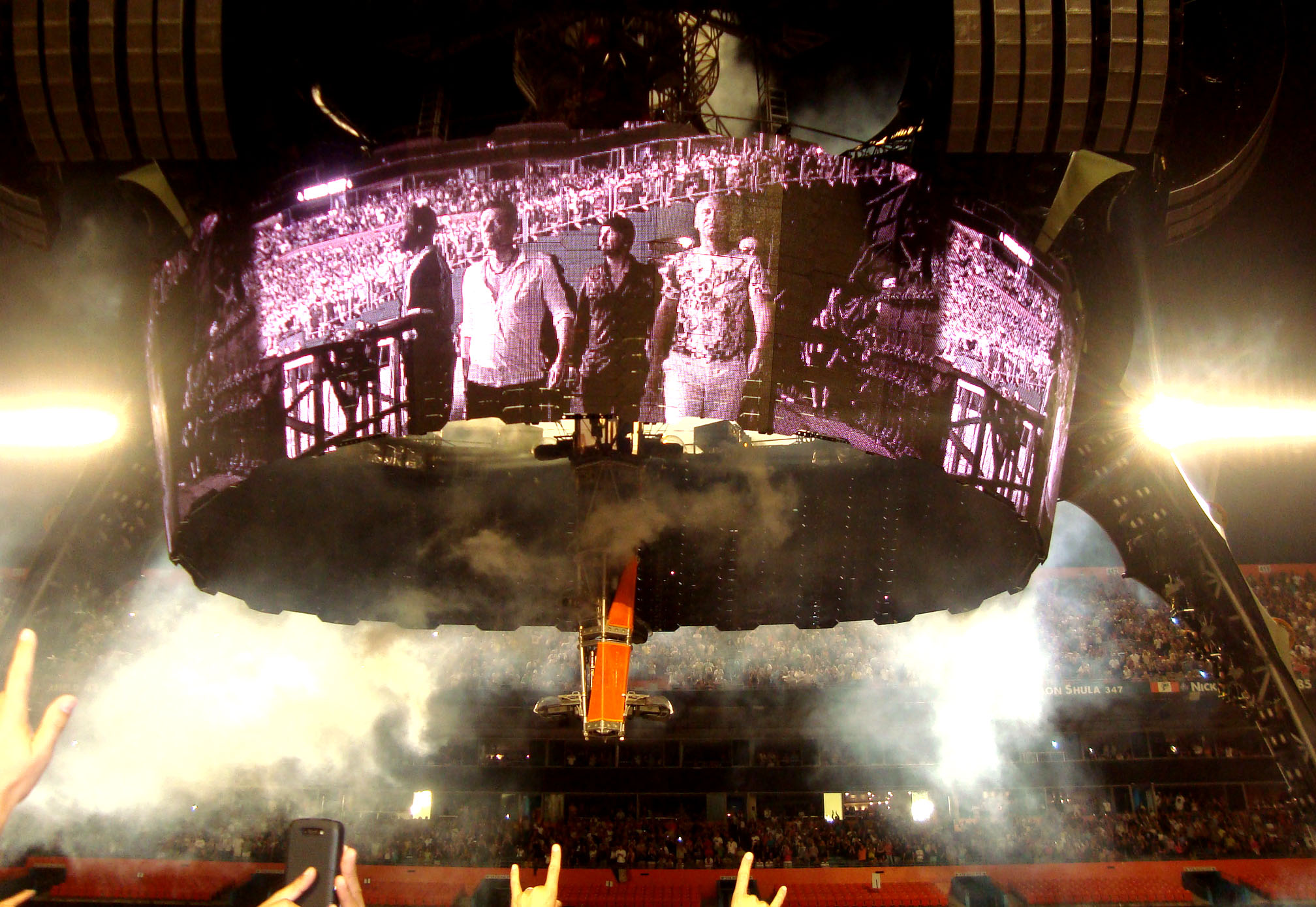 I wanted to not write about Bono, but I couldn’t. I wanted, for example, to write about something more global: music, my untameable ally, my refuge during times without peace. And to do so, let’s say, through U2, through the brutal concert U2 gifted me with.

But I knew I would betray myself: I don’t chose the topics, the topics – like Cortázar’s stories – choose me, and there is nothing left to do.

Because just when I start thinking about how to start typing, and I need to return to the images, tap the affective memory, right that second I hear Bono flooding the stadium with his mythological voice, rattling in seventy-five thousand ears with a noble whisper: to tell all Cubans that a beautiful man, a good doctor like Oscar Elías Biscet, was important for U2. To tell Cubans that they were aware of Cuba’s situation, that someday freedom will come, and that U2 was watching. They were watching all Cubans.

So then I have no choice but to abdicate and write about four Irish men who for one night, for two and a half hours, made me the happiest poor devil on the planet. To write about the rock band that made the 14-year-old Ernesto lose his sleep the first time he heard a hypnotic song like One, without knowing that 12 years later those musicians would sing for him.

Is there any bad news behind those fascinating words pronounced by Bono during the ecstasy of his art? Is there something to mourn about, after seeing him — listening to him — knowing he said that just like many others, he also desired to see a free Cuba someday? Yes, at least for me: my friends in Cuba will not be able to hear them anymore on the radio stations. My mother, a Bono fan — thanks to her son — will not be able to watch their version of the Ave María sung along with the great Pavarotti, favorite clip of “De La Gran Escena“, a night-time television show of my country.

I don’t doubt in the very least that since last night, U2 thickens the list of prohibited musicians by the owners of thoughts, of sexual and musical preferences of Cubans. A small anecdote: twenty-four hours after the anti-Chavez declarations by Alejandro Sanz in 2003, while releasing his album “No es lo Mismo”/”It’s not the Same”, all his music disappeared from the national radio stations. Till this day. And the words of this Spaniard are suckling babies next to our Irish’s.

The real impact of that statement from U2, the wish of freedom for the Island and the tribute to a Cuban whose emotional stability and many years of his life were snatched away, doesn’t surprise me that it came from a rock star whose media influences can be compared to Elvis’s or John Lennon’s decades before. It is not a lie, even, that the fascination U2 generates with its 190 million sold discs, and its 22 Grammy Awards; or that this same Bono is the only person nominated for a Nobel Peace Prize, the Oscars, the Golden Globes and the Grammys.

The point is this: the clamor of liberty came out of a humanist admired by both Tyrians and Trojans, a man with a splendid reputation, whom millions of people, instead of isolating him from the planet, took him, for example, to launch a campaign and fight like a tiger in order to liberate the Third World from its external debt, and who has used his name to work for causes unanimously acclaimed, call it Greenpeace, Amnesty International, or Feed the World.

How to ignore, then, his voice? How to counter with “revolutionary propaganda”, by repeating Cuba’s national anthem “Cuba, socialist paradise”, the cry of liberty uttered from the stage by someone who goes for good over evil, who earned immortality a long time ago with his art?

I venture off to look for an “official explanation”: Bono was ingratiating himself with the ultra-rightists of Miami. That’s it.

What is hard to understand is the reason why one of the richest and venerated musicians on the planet would want to be in good standing with politicians who would like to have at least one-third of his universal influence. When a person makes 195 million dollars in 2010 alone, together with his band, he can afford to not even be in good standing with God. (Even though you thank him before bedtime.)

I am sure that for the rest of the non-Cubans who attended, U2’s concert in Miami had another connotation. It was the mega-show of splendor, at times overwhelming, with a science fiction stage in 360 degrees, a screen which served to show us the beautiful face of the Burmese activist Aun San Suu Kyi after being freed, as it served to show us Mark Nelly, the husband of Senator Gaby Giffords who was shot, speaking to the Miami audience from the International Space Station.

For the Ecuadorians who shared hugs and tears with me, who came from their country just to watch the mystical U2, the concert was the excess that you hope to find in the band that has reached the impossible: to be liked equally by the pure bred rockers and the non-rockers of this world.

For me, who in my youth of discoveries dreamt with delirium to hear them sing albums like “Achtung Baby” and “All that you can’t leave behind”; for me, who understands music as that essence and compliment without which I wouldn’t know how to breathe comfortably, the two and a half hours in front of U2 had a meaning incomparably superior.

The tears they ripped out of me, expressions of mixed feelings halfway between pain and discomfort, between melancholy and impotence; my tears between not being resigned to the country that gave me life, and not being resigned that my friends of a thousand battles could not enjoy this sublime music with me; and without doubt, tears of happiness hilarious disobeyed my restraint reminding me that I’m alive, they were my most basic gratitude, most primary humanity, before four men whose songs will still be heard by my children, and the children of my children. Just as another writer said about the Beatles. 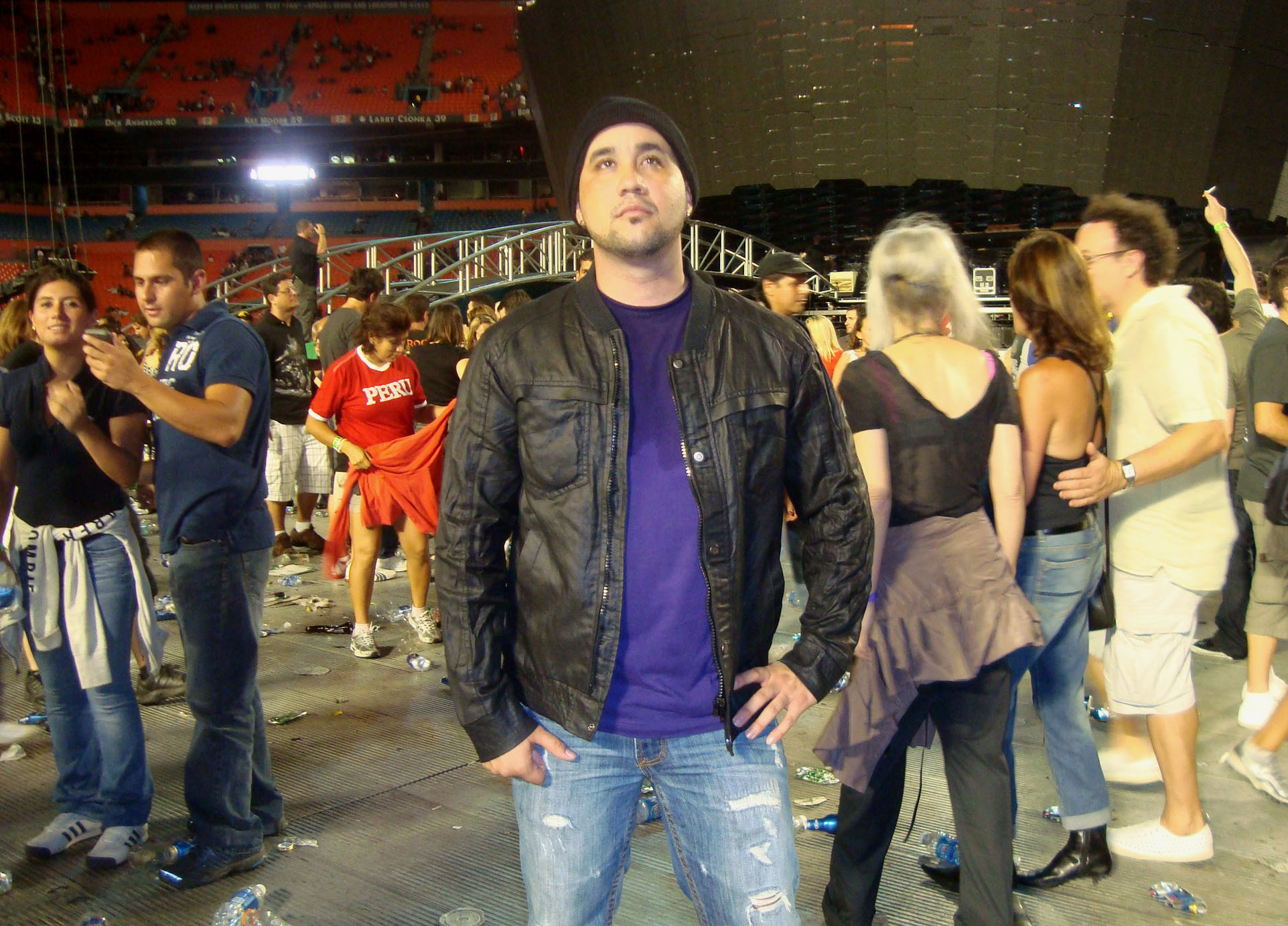