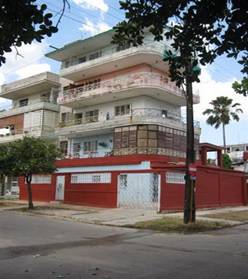 With regards to the Cuban hack living in Miami, I’ve decided not to write any more, but it seems that drinks were passed around (in a letter he declared his love for them) and in one of his last writings he dismisses representative democracy.

He complains that in the United States you can’t but a business wherever you want, it has to be in a commercial area. That you are subject to inspections, forced to follow regulations and ordinances. You have to pay taxes. You can’t paint your house whatever color you want or put up fences without authorization. You have to have a permit for a rally or protests, and journalists can only publish what newspaper owners approve.

The hack seems to want to practice anarchism in an organized society. From his arrogance he asserts: Cubans don’t understand anything about this, they haven’t the least idea about the implacable et cetera.

It seems that this gentleman, when he travels to Cuba to deal with his work and have a little fun, hasn’t realized that here, after some time and overcoming the anarchy stage of years back, there are also all the regulations he criticizes and much more, and they are enforced through big fines, demolitions and even seizures without it being a democracy, much less a representative one.

On the subject of protests and demonstrations it’s more radical; they are forbidden and, if you hold one, you will be severely reprimanded by the authorities.

In the case of the press it’s simple: all the media are state-owned and the only articles approved by the authorities appear in them.

I think the hack knows this well, since he writes for one.

I don’t know how much they pay him for his weekly diatribes on the same topic: how bad it is living in Miami. Nor do I know if he is paid in dollars or Cuban Convertible Pesos, but it would be nice if he would be a little more serious, and stop thinking that we Cubans over here are stupid enough to believe what he writes.