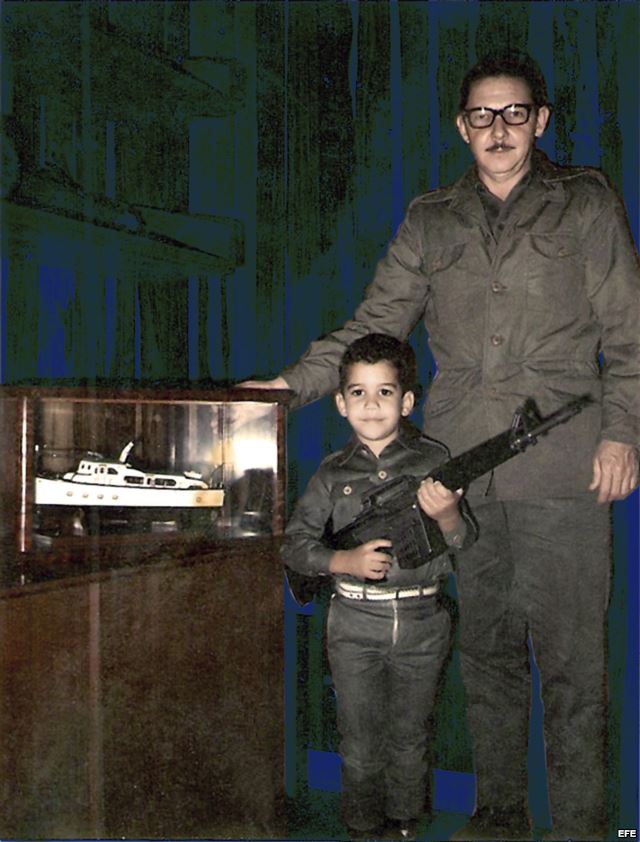 Juan Juan Almeida as a child with Raul Castro

A day like yesterday, September 22, in the long ago 1927, in Chicago, Illinois, the most expensive boxing match in all of pre-television history was held. I do not know if it was luck or misfortune, but the historic match brought bettors more frustration than joy. At Soldiers Field stadium, before more than 10,000 fans of pugilism, the favorite Jack Dempsey lost his crown facing someone who was then virtually unknown, Gene Tunney.

Like everything in life is, boxing is fickle; how variable is the luck of those who bet on the challenger. I take advantage of the mention of this anniversary to acknowledge a slightly fraternal message with sentimental engagement that came for me a few days ago from Havana like a snack hidden in the mouth of a naive “office boy” who, through ambition (always commendable, by the way), is determined to live a dangerous experience that goes a little beyond the controllable.

Receiving the oral epistle, with its juxtaposed olive-green authoritarian tone, I respond. According to the Royal Spanish Academy, “treason” mean, and I quote the text from the dictionary: 1- fault that is committed breaking a fidelity or loyalty that should be kept; and 2 – (relative to the right), crime committed by civilian or military that threatens the security of the nation.

In none of its forms, taking into account that the RAE handles the Spanish language much better than I do, I take the hint.  However, I believe that the concept belongs to the devious and predictable transmitter, who to do something deep doesn’t find a better option but to practice scuba diving.

The absurd verbal communication, less extensive than a twitter and plagued with silly chatter uttered with contempt, says among other things that I write crap. Understandable, in Cuba to offend is habitual and as common as palms trees and clay pots (tinjones).  And, although I must admit that I liked it, it saddens me to know that a Cuban functionary, instead of working towards rebuilding the people’s trust and their sense of purpose, dedicates every Monday to reading this column and making a synopsis of it to send through direct channels to the presidential office.

Faced with such aberration, and with the sole objective of bringing my contribution to preventing the resources of the State being so dilapidated, I thought to write one paragraph less each week, but it’s not worth it.

From the epic fanfare so recurrent in the politics of the trench, and the excessive use of grotesque sexual imagery, we won’t even speak; they are merely spent and decadent resources that don’t catch my attention. Of course, many still haven’t understood that from the Iliad and the KamaSutra, nothing new has been written with regards to politics and sex.

The message made me sleepy; and the messenger gave me nightmares. From an early age I learned that in Power’s pack of hounds, those who remain silent, afraid, those who bark, lie, and the rest, they are just good people who make bad decisions.

By the way, speaking of cheap bravado, and of the ironies of history, coincidentally on a day like today, September 23, 1990, the Iraqi dictator Saddam Hussein publicly threatened to destroy the State of Israel and you already know where and how it ended.