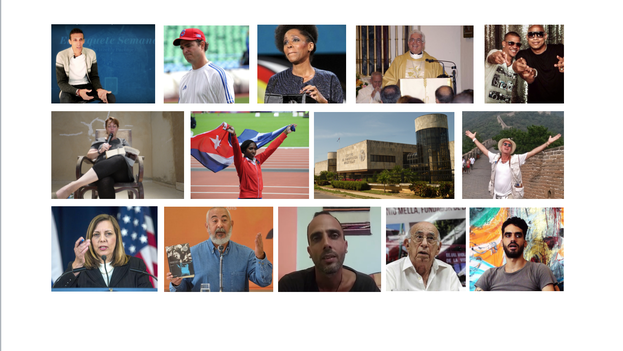 14ymedio, Havana, 24 December 2015 — The protagonists of 2015 Cuba have made their mark sometime in the past twelve months. These people from the areas of culture, sports, religion, politics, science or social activism made this year different and unique. They did it from celebrity or from ridicule; from victory or failure; from discretion or scandal.

All those included on this list barely a representation of the thousands of those who have been at the center of the commentaries, the headlines in the press, and in public opinion. These faces of 2015, according to 14ymedio, are the physiognomy of our country: a diverse and contradictory nation.